Keeping students in the loop 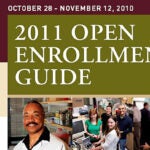 It’s hard to tell who has more fun at Dudley House, the countless students who are part of the vibrant activities at the student center, or Susan Zawalich.

On her office door are photos of her dressed as Rosie the Riveter, a convincing Zorro complete with sword, a mother superior, and Sherlock Holmes. The costumes are part of an annual event called Discover Dudley that the House administrator helps coordinate to welcome students to campus.

“This is their home, this is somewhere they can feel comfortable,” said Zawalich of the House in Lehman Hall that includes common space with couches, a library, a dining hall, and its own student-run café. “I always tell students: This is your safe haven. You can relax, take a nap, meet your friends, have coffee, whatever you want here.’”

Zawalich also organizes a classic-film series for the House, conducts a yearly party to honor dancer Fred Astaire’s birthday, and even has officiated at the wedding of a young couple, who met at Dudley, in its stately Fireside Room.

In her spare time, she is active in a Fred Astaire society and is an avid tap dancer. A consummate learner, she studies French and takes full advantage of the Harvard Extension School, reveling in courses such as “The Celtic Heroic Age,” “Moons and Planets,” and “Russian Imperial Literature.”

Zawalich’s wide-ranging interests help her to coordinate the House’s programming. Each year she works with the House masters, staff members, and 25 Dudley Fellows, appointed graduate students who run everything from athletics to knitting circles, to a literary magazine, to baseball outings at Fenway Park, as well as the House’s orchestra, chorus, jazz band, and world-music ensemble.

Helping to forge connections among Harvard’s nearly 4,000 graduate students in the arts and sciences is the best part of the job, she said.

“With 57 departments in GSAS, why would an astronomer know someone in comparative literature or a molecular biologist know someone in French unless there are some other common interests? We try to develop those ties. If you want to play in the orchestra, if you want to go to a lecture, if you want to learn how to make sushi, if you just want to have coffee, you can do that through Dudley House.”

Up several flights of stairs, above the bustling dining hall, is a room that would bring a tear to Santa’s eye. Zawalich’s office contains stuffed animals, PEZ dispensers, plastic piggy banks, puppets, wind-up dogs, and a kung fu hamster, which jam the free space. She loves Godzilla and “Star Trek” and proudly admits she was part of the letter-writing campaign that kept the original television show on the air. A larger-than-life cutout of actor David Tennant, who portrayed “Doctor Who” on the BBC sci-fi series, stands nearby.

“People visit my office looking for an answer to a question or simply some toy therapy. You are never too old for toys.”

Zawalich received her undergraduate degree from Stonehill College, and her master’s in English from the University of Washington, Seattle. In the ’70s she worked as an editor for the quarterly journal the Slavic Review. Later she came home to Boston, edited the “Courses of Instruction” at Harvard, and then worked for 16 years as administrator for the Emmanuel Church in Boston.

She took the post at Dudley House in 1993 for a year to see if the experiment of a house for Harvard’s graduate community would take hold. Today she travels regularly to other colleges, discussing the successful Dudley House model with those looking to create the same for their graduate populations.

Zawalich said she carries out her tasks according to “the ministry of presence,” a mindset adopted during her days at Emmanuel Church.

“It’s the presence of this building, but it’s also being present as a guide if a student has a question or is looking to connect with others in some way, or just needs a moment with a fuzzy stuffed friend.”