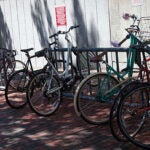 Harvard officials responsible for campus order and discipline are visiting every House this semester to reinforce the University’s policies on drug use and to explain how the Administrative Board of Harvard College and the Harvard University Police Department (HUPD) respond to violations of the policy.

John “Jay” Ellison, the secretary of the Administrative Board, is leading the sessions for resident deans and House tutors, with the help of two HUPD detectives.

Since the College’s first concern is for students’ health and safety, counseling and medical help are the default responses to first offenses for casual substance abuse and under-age drinking.

HUPD echoes this approach. “We are not here to go around and fill up the police wagon with students,” said Brian Spellman, who has been a detective for seven of his 12 years on the force. “We’re here to educate.”

“Our job is to protect these students,” added 12-year HUPD veteran Kevin P. Healy, a detective for six years. “We want to make sure these kids have a safe, fun, successful four years.” But the HUPD officers also recognized that there is a social cost to drug use. Healy added, “With drugs there comes violence, somewhere down the line.”

The biggest concern, said Healy, is security — particularly “people who don’t belong on campus getting on.”

Recognizing that Harvard is situated in an urban area, the safety and security of students, faculty, and staff is always a top priority. Students are strongly cautioned against granting unauthorized visitors access to Houses and other facilities.

With recent violence reportedly linked to drug dealing on campuses in the region still fresh in mind, Ellison made clear that the concern was taken very seriously. “We don’t tolerate drug dealing,” he said. “We take that right off the table.”

But he counted Harvard’s blessings: the quality of its student body and a general respect for authority. “We’re really lucky,” said Ellison.

Ellison outlined an underground campus drug culture that appears to be low-key and mild, but that still bears watching. “Pot is the low-hanging fruit,” said Ellison, adding that its odor gives in-House users away. Students caught smoking it initially are referred to medical care and counseling, and are not typically subject to disciplinary action, he said.

With the emphasis on counseling and medical help, Ellison mentioned two programs administered by Harvard University Health Services: BASICS, the Brief Alcohol Screening and Intervention for College Students; and e-TOKE, an online behavioral counseling tool designed to assess the severity of a student’s drug use.

When House tutors observe or suspect drug use, he said, they should alert the House’s resident dean to assess an incident and alert authorities when necessary. “The point of this,” said Ellison, “is to ask students to get the help they need.”

Brandt, a lecturer in Harvard’s History and Literature program, said the meeting was helpful, and a sign of the University’s focus on community safety.

“It does happen on campus,” said Brandt of student drug use, but tutors can help students deal with the problem, provide support, and “treat it as a medical matter.”

Students sometimes fail to see all of the implications of their actions, including drug use, she added.