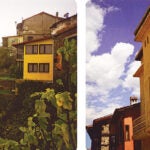 An executive of an Indian conglomerate credited a corporate culture that encourages innovation with the creation of the world’s cheapest everyday car, a fuel-efficient, $2,500 four-seater that the company plans to export to Africa, Latin America, and Southeast Asia.

Sunil Sinha, an executive in Tata Quality Management Services, told a Harvard audience Tuesday (Oct. 12) that the car was the result of an unlikely — but public — promise that the company’s leader made in 2003, setting to work a team of engineers charged with rethinking how cars could be designed and made. The result, which went on sale last year, is the Tata Nano, a tiny, two-cylinder model that gets 55 miles per gallon and meets all of India’s vehicle emissions and regulatory requirements.

The car, which costs about half as much as the next-cheapest Indian car, has caused a worldwide stir since its launch. Tata Motors Ltd., the Tata Group subsidiary that builds the cars, announced plans last month to begin exporting it to developing nations.

Sinha addressed several hundred listeners at the Science Center as part of the Harvard University Center for the Environment’s Future of Energy lecture series. The discussion on “The Innovation Equation at Tata” was introduced by center director Daniel Schrag, Sturgis Hooper Professor of Geology and professor of environmental science and engineering. Sinha also participated in a question-and-answer session with Schrag and Venkatesh Narayanamurti, former dean of the School of Engineering and Applied Sciences.

Though unfamiliar to many Americans, Mumbai-based Tata Group is a major international corporation and India’s largest company. It has subsidiaries that operate in the automotive, information technology, steel, communications, power, tea, and hospitality industries. Tata Motors not only produces the Nano, but also owns the well-known British automotive brands Land Rover and Jaguar, purchased from Ford in 2008.

Sinha described a culture of innovation at Tata that includes employee-awards programs for both successful and unsuccessful ideas. What’s important, Sinha said, is that employees feel comfortable in bringing forward ideas, even ones that don’t pan out, and that they feel they work in a place that values fresh thinking.

The innovation culture has produced several notable products, he said. One is a water purification system that costs just $20 and produces enough water to keep a family of four supplied for more than a year.

The Nano, an example of which was parked outside the Science Center, came about because the leader of the Tata Group, Ratan Tata, wanted to build a four-wheeled vehicle to compete with the country’s ubiquitous motor scooters, which often transport multiple passengers despite the dangers in doing so. In an exchange with journalists before the Nano was born, Tata discussed how cheaply the company could build the car, throwing out the figure of $2,500 as an example. Though he hadn’t said definitively that would be the car’s sale price, headlines the next day trumpeted the figure. Instead of backtracking, Tata took that as a challenge whose public nature would motivate employees toward success, Sinha said.

“If you want to innovate, take a bold challenge, make a public announcement, and it will happen,” Sinha said.

Years of work resulted in a low-weight, low-carbon vehicle with many innovations, Sinha said. The Nano is powered by a two-cylinder, all-aluminum engine and weighs just 1,300 pounds. It emits just 103 grams of carbon dioxide per kilometer driven, compared with its nearest competitor, which emits 130 to 150 grams per kilometer. Innovations were needed all along the production chain, Sinha said, from parts suppliers to dealers. Officials even rethought how the body was constructed to keep down the number of fasteners and reduce weight. Sinha said the company expects to build 350,000 of the cars a year.