All in this together 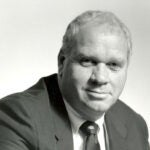 Strategies to deal with these challenges were hammered out by members of the New England Higher Education Recruitment Consortium (HERC) — which assists member institutions in recruiting and retaining faculty and staff — during its general assembly on Wednesday (Oct. 27), hosted by Harvard University.

As Jennifer Ivers, director of the New England HERC, put it: “We can do more together than we can separately.”

About 85 people, representing approximately 45 New England colleges and universities, gathered in the Sheraton Commander Hotel to compare notes and exchange ideas on tough issues in recruitment, retention, and management of staff and faculty.

“The greatest benefit about a day like today is the sharing of information among members, including members who have come from the same institutions and from across institutions,” said Elizabeth Ancarana, Harvard assistant dean for faculty development, who oversees HERC at Harvard.

After a keynote address by Robert Drago, economist and research director at the Institute for Women’s Policy Research, and a presentation by Jamie Ladge, assistant professor at the Northeastern College of Business Administration, the group split into breakout sessions designed to develop strategies for 21st century academic workplaces.

Timothy Austin, College of the Holy Cross vice president for academic affairs and dean of the college, facilitated a session on “Diverse Families in a Diverse Workforce.”

“We spent quite a bit of our time defining diversity,” Austin said. “There was a time when gender and ethnic diversity were just about it. … The new ‘invisible’ diversity — sexual orientation, cultural diversity, generational diversity — is really complicating the picture.”

Just because a person is born into a certain region or culture doesn’t necessarily make him or her representative of that region or culture, such as the Holy Cross teacher born in India and raised Catholic, Austin said.

Many institutions are developing the concept of “affinity groups,” which allows employees to select their own identifying groups, Austin said. This helps to guide institutions in making groups feel welcome.

Sometimes diversity goals conflict with one another, Ivers said. An institution may want diversity in both gender and in international representation. “There can be tension in approaching two equally important things,” Ivers said.

Another HERC breakout group, which examined the impact of the recession on the workplace, began by focusing on the negative aspects but quickly transitioned into opportunities presented by hard times.

“One of the things we talked about was networking; [the recession] has forced more networking within institutions and across departments and across institutions,” said Cheryl F. Whitfield, Northeastern University director of human resources programs and employee relations, who facilitated the session. Participants also discussed strategies for sharing resources and creating efficiencies with new technology.

Recession also has affected leadership styles; leaders have become more inclusive and transparent, which may encourage employee loyalty, she said.

“We are noticing an openness within and across institutions in communication: sharing ideas, sharing best practices, working together on a common cause,” said Ancarana, who participated in the session on the recession.

The breakout session on “New Technologies” attracted the most participants, a bit of a surprise for organizers. It soon became clear why the topic was of such interest: Administrators are trying hard to do more with less and are weeding through huge numbers of products and systems, trying to determine which might be right for their particular needs, organizers said.

Applicant tracking systems were a hot topic, as was social media. Most institutions are still learning about what Facebook, Twitter, and other applications will actually accomplish, said Pamela Nolan Young, director of human resources development for North Shore Community College. Institutions need training and specific policies and should be aware of  “negative branding” from participating in a public sphere, participants said.

And yet, Young said, quoting North Shore colleague and staff associate Patricia DePamphilis, “Social media is where we’re getting our students from and where we’re going to get our employees from in the future. I believe it’s something that’s going to be used more widely in the future.”