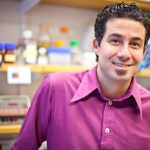 Not all games are alike when it comes to how many calories kids burn playing them. And not all are equally enjoyable to play. A study in the Journal of Pediatrics measured both energy expenditure and enjoyment in 30 schoolyard games. The findings offer a menu of games that could be played during gym and recess to address childhood obesity.

Researchers at Harvard-affiliated Children’s Hospital Boston and the University of Massachusetts at Amherst collaborated on the project. They selected the 30 games through focus groups with physical education teachers and then tested them on 28 third-graders in a large gymnasium.

“There’s a big push for more formal physical education in schools, but this game-type activity is also important,” says Voula Osganian, director of the Clinical Research Program at Children’s, associate professor of pediatrics at Harvard Medical School, and senior investigator on the study. “With nutrition and diet, we have the ability to be precise in our measures, but it’s hard to know how much energy children really expend during physical activity. What we wanted to see was a precise ‘dose’ of games.”

As the children played, their total energy expenditure was tracked with a portable metabolic analyzer that measured their oxygen consumption. An accelerometer measured how physically active each child was during the game. Immediately after each game, the children ranked their level of enjoyment on a visual scale showing happy, sad, and neutral faces.

Among the games ranking highest in terms of calories burned per minute were Computer Virus, Builders and Bulldozers, Race Day, and Dragon’s Tail. Most of these also ranked at the top of the physical activity scale. Among those with the highest enjoyment scores were Dragon’s Tail, Capture the Flag, Stop and Go, and Monkey in the Middle.

In general, children expended the most energy during tag-type games and games requiring minimal strategy or skill, and the least during games that required less social interaction (such as Monkey in the Middle) or included periods of standing still (Eagles and Sparrows, Crows and Cranes, Hibernation). The games ranking highest for enjoyment were tag-type games with more erratic movement patterns.

In June, the researchers completed a pilot intervention study at two Massachusetts elementary schools, testing the 22 most promising games. The findings suggest that running these games during recess, rather than allowing unstructured free play, increases physical activity. “We really don’t take advantage of recess now,” says Osganian. “But if you had short bouts of physical activity twice a day, you could expend up to 200 calories a day in energy at school.”