More from spores: How they spread 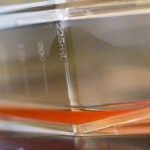 Long before geese started flying in chevron formation or cyclists learned the value of drafting, fungi discovered an aerodynamic way to reduce drag on their spores so as to spread them as high and as far as possible.

One fungus, the destructive Sclerotinia sclerotiorum, spews thousands of spores nearly simultaneously to form a plume that reduces drag to nearly zero and even creates a wind that carries many of the spores 20 times farther than a single spore could travel alone, according to a new study by mathematicians and biologists from Harvard University, the University of California, Berkeley (UC Berkeley), and Cornell University.

“In the Tour de France, riders form a peloton that can reduce air drag by 40 percent,” said Marcus Roper, co-lead author and a postdoctoral researcher in the Department of Mathematics at UC Berkeley and at Lawrence Berkeley National Laboratory. “The ascospores of Sclerotinia do the peloton perfectly, reducing air drag to zero and sculpting a flow of air that carries them even farther.”

Agnese Seminara, a co-lead author as well as a postdoctoral researcher and theoretical physicist in Harvard’s School of Engineering and Applied Sciences, added: “I realized that the spores behaved much like cloud droplets. To follow their paths, I adapted algorithms I had developed to describe cloud formation.”

Presumably, the strategy helps the fungi get their spores off the ground into the foliage of their host plants, or into airstreams that can carry them to host plants, the scientists said.

Roper, Seminara, and colleagues report the findings in the early online edition of the Proceedings of the National Academy of Sciences.

“These findings could have implications for methods of controlling the spread of fungal pathogens,” said senior author Anne Pringle, associate professor of organismic and evolutionary biology at Harvard. “Sclerotinia alone costs U.S. farmers $1 billion annually, including costs of controlling the fungus, and crop losses. Research directed at understanding how to disrupt the cooperative ejection of spores may provide novel tools for the control of these fungal pathogens.”

Researchers in the field of bioballistics — the study of how plants, fungi, and animals accelerate seeds, spores, or even parts of their body to high speed — have found an amazing variety of techniques that overcome friction with the air, the main limitation for small spores and seeds.

“Understanding how Sclerotinia is discharging its spores and getting them onto the plants will eventually lead us to new ways of looking at plant architecture,” said co-author Helene Dillard, a plant pathologist who heads Cornell University’s Cooperative Extension program and is associate dean of Cornell’s College of Agriculture and Life Sciences.

Scientists have recognized for more than a century that many spore-producing fungi — the ascomycetes — release their spores in plumes that carry them long distances. More than 50 years ago, scientists noted that these spore plumes create a wind of their own, but the physics of the plumes was not understood, Roper said. In addition, little work has been done on how seeds or spores cooperate to improve dispersal to new environments.

With training in the mathematics and physics of fluid flow, Roper and Seminara decided to investigate. The work began when Roper was a researcher in Pringle’s laboratory at Harvard.

The current paper used high-speed video to clock the speed of spores ejected by Sclerotinia, finding that they are expelled at a speed of about 8.4 meters per second (19 miles per hour). However, because the spores are so small (10 microns long), air drag brings them to a stop in a mere 3 millimeters. When thousands of spores are ejected at the same time, however, some can travel more than 100 millimeters, or 4 inches.

These high-speed video images enabled Roper and Seminara to model spore plume movement precisely, with standard equations of hydrodynamics. They showed that the thousands of spores ejected at the same time quickly eliminate all drag and allow the spores to travel about a centimeter, by which time the wind generated by the spores captures and whisks them to a speed of 60 centimeters per second. Their upward motion is stopped only by gravity, Roper said.

The added range from “hydrodynamic cooperation” allows fungi on the ground to shoot their spores into flowers or plant wounds, where they can quickly spread throughout the plant and kill it.

Often called white mold, Sclerotinia rot, or wilt, the fungus attacks more than 400 species of plants, Dillard said, including beans, sunflowers, soybeans, canola, and peanuts, and can wipe out entire fields. In spring and summer, the fungus produces cups (apothecia) about one-half centimeter across that spew spores into the air to infect plants.  The fungus produces overwintering seedlike bodies called sclerotia on the infected plant tissues.

“It grows across a cabbage head and produces these small sclerotia that look like mouse droppings,” Dillard said. “The sclerotia fall on the ground, and are then in position to initiate the infection process the following year.”

The researchers were also curious how fungi manage to eject their spores simultaneously. To investigate this phenomenon, they grew another mold, a coprophilic fungus from the genus Ascobolus, on horse dung and focused their high-speed video camera on the 2-millimeter, cup-shaped fruiting body containing tens of thousands of spore sacs (asci), each containing eight spores. They found that, while the spore sac that ejects first seems to be random, after the first one or two go off, a wave of ejection travels outward as successive rings of spore sacs rupture in sequence. Because this happens in one-tenth of a second, the ejection seems simultaneous.

“What looks like a plume is actually a series of sheets going off,” Roper said.

By tweaking their mathematical model to account for this finding, Roper and Seminara discovered that cooperative ejection in sheets is a highly effective method for shooting spores long distances. The scientists continue to investigate how spore ejection is initiated, and whether and how spores can cheat to make sure that they get ejected farther than their companions.

Other authors of the paper are Mahesh M. Bandi of Harvard and Ann Cobb of Cornell. The work was funded by a Miller Institute for Basic Research in Science Fellowship to Roper, by a Marie Curie Fellowship from the European Union Framework 7 to Seminara, and by Harvard University.