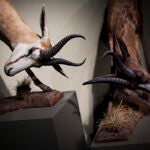 In a new study, Harvard researchers looked at the effects of the 2006 Massachusetts Health Reform and found that the legislation has led to improvements in insurance coverage as well as a decline in financial barriers to care but has not increased people’s access to a personal physician or improve their self-rated health.

Neither has it reduced healthcare inequalities between ethnic or income groups.  These findings are published online in the Journal of General Internal Medicine.

“Understanding the benefits and limitations of current health reform efforts is crucial in continuing to evolve and improve reform,” said study author Jennifer Haas, MD, of the Department of Medicine at Brigham and Women’s Hospital (BWH) and Associate Professor in the Department of Society, Human Development, and Health and Harvard School of Public Health.  “The study highlights the improvements health reform in Massachusetts has lead to, and also shines a light on areas of importance that were not helped by current reform.”

In 2006, Massachusetts passed comprehensive health reform legislation to expand health coverage to all its residents and has achieved near-universal coverage.  However, less is known about the effects of the reform on its residents’ access to care or health status, or how this legislation has impacted ethnic and socioeconomic disparities.

The researchers examined trends from 2006 to 2008 in rates of coverage, financial barriers to care, access to a personal doctor, and self-reported health status for adults in Massachusetts compared with those in other New England states.  They also analyzed changes in these measures by ethnicity and income and evaluated whether disparities narrowed during the two-year period.  They looked at data for 36,505 Massachusetts and 63,263 other New England states residents.

After accounting for general trends in New England over the two-year period, researchers found that the Massachusetts Health Reform had led to expanded insurance coverage and reduced financial barriers to healthcare for working age adults.  However, these successes were not accompanied by overall improvements in access to a regular physician or in self-reported health; in fact both remained essentially unchanged in both Massachusetts and New England.

Although there were improvements in both coverage and cost barriers in Massachusetts for some disadvantaged groups compared to trends in New England, overall this did not reduce healthcare inequalities between ethnic or socioeconomic groups, largely because of comparable or larger improvements among whites and those on higher incomes.

“If health equity is a priority in health reform, our study suggests new policies to address this issue may need to be developed and incorporated into new and existing reform efforts,” concluded Dr. Haas.