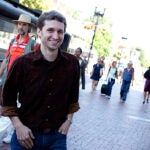 Angeliki E. Laiou, Dumbarton Oaks Professor of Byzantine History at Harvard, was one of the world’s leading historians of the Byzantine Empire–the successor of the Roman Empire in the Middle East—and of the Crusades. Celebrated for her path-breaking research in Mediterranean economic and women’s history, in 1985 the sole female permanent member of the Department of History pioneered as the first female chair. Born in Athens, Laiou played major roles in the culture and politics of her native land, as Deputy Secretary of Foreign Affairs of the Hellenic Republic (2000) and as a Socialist Member of Parliament. Her career as a historian, diplomat, and educator spanned the continents.

Educated at the University of Athens, Brandeis (B.A., 1961), and Harvard (M.A., 1962; Ph.D., 1966), Laiou served as an Instructor and Assistant Professor at Harvard before moving to Brandeis and then to Rutgers, where she rose to Distinguished Professor. In 1981 she returned to Harvard, where she taught the history of Byzantium, the Crusades—her commanding presence, penetrating mind, and ferocious dedication to her teaching and her students made her Core course on this topic ever popular among the undergraduates—and Balkan history. She was a faithful affiliate of Lowell House.

Fourteen monographs and edited books began with a rigorous study of the late Byzantine Empire’s complex foreign policy among the predatory Italian commercial empires of Venice and Genoa. An acute sense of social justice perhaps helped lead her to the next monograph, a highly innovative demographic study of late Byzantine peasant society.

Discoveries in the conditions of peasant households and her passionately intellectual engagement in the modern world led to one of her great themes: sex, marriage, and the status of women in Byzantine society. Three path-breaking books on this topic feature methodological rigor, sovereign command of medieval and modern languages, and an unfailingly analytical eye allied with an imaginative but hard-nosed approach to the evidence and the realities it implied. The prize-winning Mariage, amour et parenté à Byzance (1992) derived from the lectures Laiou delivered in impeccable French at France’s supreme academic institution, the Collège de France. The conference she inspired and edited about Consent and Coercion to Sex and Marriage in Ancient and Medieval Societies (1993) put that subject on the scholarly map.  With her friend Hélène Ahrweiler, president of the Sorbonne, she prepared a remarkable multi-authored work on geographic mobility, migration, and diaspora in the medieval Greek experience.

Her career culminated in the massively definitive three volumes of the Economic History of Byzantium for which she recruited the world’s leading specialists and wrote eight of the finest chapters. A benchmark for all future research, this work innovated by being freely available online. Her most recent book, coauthored with her friend the Parisian numismatist Cécile Morrisson, offers a brilliant synoptic view of the Byzantine economy that goes far beyond summarizing the great work.

Laiou’s diplomatic service entailed fostering better cultural and intellectual relations with Greece’s ancient enemy, an engagement that has no better incarnation than her dedication to her beloved Turkish graduate students. In the end, and to her colleagues’ delight, she happily returned to full-time duty at Harvard in 2001.

Decorated as a Commander of the Order of Honor of the Hellenic Republic, Laiou was only the second woman selected as a permanent member of the Academy of Athens since the Academy’s founding. Among many honors, she held two Guggenheims; was a Fellow of the Medieval Academy of America and the American Academy of Arts and Sciences; was a member of the Academia Europaea; and was a Corresponding Member of the Académie des Inscriptions et Belles-Lettres (Paris), the Austrian Akademie der Wissenschaften, and the Serbian Academy of Sciences and Arts. Her activities promoting Byzantine studies in the People’s Republic of China led to her being named an honorary professor at Nankai University.

Laiou had the rare gifts of an original mind, an iron will, and a penetrating intellect. She fearlessly spoke out to correct error or false impressions, but always chose her words judiciously. Even those who sometimes disagreed with her in departmental discussions knew that she shared their highest standards and appreciated her courtly tone. A very private person, Professor Laiou was a devoted friend and impeccable colleague. She could display, behind the scenes, a gentle attentiveness and humor that would have amazed those who only knew her imposing persona professionally. Fiercely devoted to her University and her Department of History, Angeliki would not want us to fail to mention her pride in History’s claiming for this University in 1948, its first tenured woman professor, the distinguished medievalist Helen Cam whose portrait hangs in the Faculty Room; herself as its first female chairman—this is the term that Laiou insisted on; and, indeed, its first woman president.

And now, in its first generation, Harvard has lost—so suddenly—one of the great teacher scholars in its history, who also happened to be one of the first great woman teachers, scholars, mentors, and administrators in the four centuries of our corporate existence. But the fact that she will always be remembered as one of the most distinguished of our number owes nothing to coincidence. The power and rigor of her intellect would have guaranteed her that status whether she was of the first or the fiftieth generation of the great professors of Harvard University who happen to be women. Many Harvard students and colleagues, male—and especially female—have said how much she meant, as a model and as a judicious, tough-minded yet supportive mentor in this new, more open academic world that Angeliki Laiou helped to create for all of our benefit. Nor is her impact confined to Harvard. At her memorial service, a tribute symbolizing her global reach came from female colleagues and former students, who today hold distinguished appointments from Berkeley to Istanbul, via Columbia and Harvard.

Professor Angeliki Laiou is survived by her son Vassili Thomadakis.