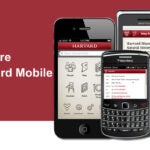 When most students exit in May, others arrive for targeted programs

In spring, trucks roll into Harvard Yard and students frantically pack up and move out. But Harvard, by no means, closes down.

From June through August, campus is a whirl of activity, with summer school classes, undergrads running local youth programs, young scientists testing out research options at the Harvard Medical School, and a new generation of entrepreneurs at the Business School’s weeklong immersion program.

Fun was on the academic calendar too. Summer School students met with a Pulitzer Prize-winning novelist and a Hollywood screenwriter, and watched an Iron Chef competition.

“It wasn’t all work and no play,” said Sara Burmudez, a high school senior from the Dominican Republic who was happy to get a break from an intense course load that included “War Crimes, Genocide, and Justice,” and “International Law and Human Rights.”

Harvard Summer School was founded in 1871, and is the oldest academic summer session in the nation. It enrolls about 6,000 students in more than 300 courses. It’s a diverse student body, ages 14 to 78 this year, from 103 countries. High school students can live on campus. There’s a study abroad program, and an Institute for English Language.

In addition to hitting the books, students also hit the high notes, with music options like the Harvard Summer School Chorus, the Summer Pops Band, and the Summer School Orchestra, all of them open to students and community members.

Continuing its long tradition of service, the Phillips Brooks House Association runs 12 camps through its Summer Urban Program for underserved youths in Cambridge and Boston, including off campus sites.

Many of the program’s senior counselors and camp directors are Harvard students. The seven-week camps, for children 6 to 13, focus on literacy and math skills in the mornings. Afternoons include field trips to places like Paul Revere’s Boston home, the New England Aquarium, or a beach. There were about 900 campers this year.

David Wang ’12, a former camp counselor and a director of the Chinatown Adventure program this summer, called the experience “life-changing.”

The pre-med concentrator from Kirkland House said his camp relationships over two years have made him consider joining Teach For America after graduation instead of heading directly to medical school. Even during the brief seven-week period, he said, “I have been able to make a difference.”

Developed in the early 1980s on the back of the organization’s success with its after-school enrichment programs, the PBHA camps are based on a community partnering model that promotes year-round engagement with local communities and encourages campers to remain in the program and eventually work as counselors and even directors.

“We want our programs to reflect strong partnerships with the communities, and I think the Summer Urban Program … really becomes the engine that makes these deep relationships work,” said Gene Corbin, PBHA’s executive director.

Counselors and campers alike are “changed by the summer,” said PBHA President Kaitlin Koga ’11. The camp experience, she said, is “real and transformative.”

Sammi Chen, age 11, attended the PBHA Chinatown Adventure program this year. “I get to meet new people, and it’s fun.” The sixth-grader wants to come back for as long as he can as a camper and eventually work at the camp.

PBHA also runs the Refugee Youth Summer Enrichment on campus, providing affordable instruction in English as a second language to refugee and immigrant students who are in high school.

In addition to the comprehensive PBHA, Harvard sponsors a range of other community outreach programs in summer.

For students interested in biomedicine, there’s Project Success. Since 1993 the program has connected high school students in Boston and Cambridge to mentored summer research internships at the Medical School and its affiliated institutions. The summer program, operated by the Medical School’s Office for Diversity and Community Partnership, includes career guidance counseling, and seminars and workshops given by faculty and administrators.

With research work, you are often “marching into the darkness of uncertainty,” said the program’s coordinator, Frederick Chim, who worked with the program while a student at Boston University. Project Success offers students vital hands-on experience, he said, and helps participants to develop ways to “approach a problem scientifically and logically.”

As part of the program, Harvard freshman Noel Haines spent the summer dissecting mice in a Massachusetts General Hospital lab, analyzing bacteria for the study of inflammatory bowel disease. “I learned a lot of new things, met a lot of good people, learned a lot about the science field,” he said.

Now in its tenth year, the Cambridge-Harvard Summer Academy offers six weeks of courses for local students. It’s a partnership between the Cambridge Public Schools and the Teacher Education Program at the Harvard Graduate School of Education and is held at the Cambridge Rindge & Latin High School. It provides remedial and enrichment courses in science, English, math, and social studies.

Across the river, teens took part in the Harvard Allston Summer Corps, a Harvard-sponsored program that connects local students with summer jobs at area nonprofits and community-based organizations. Teens also met with professionals from different fields to explore possible college and career options.

At the Business School, some rising college seniors from around the nation explored career paths in the Summer Venture Management Program, designed to increase diversity and opportunity in business education.

For Tradell Hawkins, a senior at Michigan State majoring in social relations, the management training experience expanded his outlook on a business career.
“It allowed me to think beyond moving up the corporate ladder in a Fortune 500 company,” he said, “to consider more broadly the contribution I want to make in the world.”

Students receive laptop computers and stipends to replace lost summer earnings, along with year-round mentoring, and $3,000 scholarships to the colleges of their choice upon completion of the program.

“It’s helped build my social skills, and my life plan,” said Cambridge Rindge & Latin School senior Pouchy Guerrier, who was 13 and spoke little English when he moved from his native Haiti to Cambridge. He said that coming to the academy was “like starting kindergarten all over again.”

But thanks to his experience, Guerrier has a newfound confidence and outlook.

“CSA has changed my life,” he said. “Before, I always worried about my accent, I didn’t think I’d go to college. Now, I’m comfortable talking to people, and I want to get a degree.”