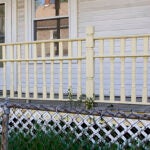 Humans and other animals use this circuitry to make basic decisions about things like food, discounting the involvement of a specific 'moral sense'

Harvard researchers have found that humans can make difficult moral decisions using the same brain circuits as those used in more mundane choices related to money and food.

These circuits, also found in other animals, put together two critical pieces of information:  How good or bad are the things that might happen?  What are the odds that they will happen, depending on one’s choice?  The results suggest that complex moral decisions need not rely on a specific “moral sense.”

Graduate student Amitai Shenhav and assistant professor of psychology Joshua D. Greene of present the findings this week in the journal Neuron.

“It seems that our capacity for complex, life-and-death decisions depends on brain structures that originally evolved for making more basic, self-interested decisions about things like obtaining calories,” says Shenhav, a doctoral student in psychology at Harvard.  “Many of the brain regions we find to be active in major moral decisions have been shown to perform similar functions when people and animals make commonplace decisions about ordinary goods such as money and food.”

Some researchers have argued that moral judgments are produced by a “moral faculty” in the brain, but Shenhav and Greene’s work indicates that at least some moral decisions rely on general mechanisms also used by the brain in evaluating other kinds of choices.

“Research in neuroeconomics has identified distinct brain structures responsible for tracking the probability of various outcomes, the magnitude of various outcomes, and for integrating these two kinds of information into a decision,” says Greene.  “Our work shows that the parts of the brain people use for this last task — combining assessments of outcome probability and magnitude into a final decision — closely coincide with the brain regions we use daily when deciding how to spend money or choose foods.”

Using real-time brain imaging, Shenhav and Greene presented 34 subjects with hypothetical choices between saving one life with certainty or saving several lives, but with no guarantee that this latter effort will succeed.  The experiment systematically varied the number of lives at risk and the odds of success.

The authors found that a brain region called the ventromedial prefrontal cortex tracked the “expected moral value” of the uncertain option, integrating information about the number of lives to be saved and the probability of saving them.  Other brain regions separately tracked outcome magnitude and outcome probability.

The work advances our understanding of how people make decisions affecting the lives of others.  Many of the most consequential such decisions are made by policymakers:  In some cases, a single choice can impact thousands of lives.

“For example, how did President Truman decide to deploy nuclear weapons against Japan in 1945, ending World War II, but at an enormous cost?” asks Greene.  “Our results suggest that such decisions employ the same basic mechanisms our brains use when we evaluate whether it’s worth spending a few hundred dollars for an extended warranty on a new car.”

Truman’s historic decision shows parallels to ones made by ordinary people every day.  It involved trade-offs among outcomes of different magnitude:  How many lives would be lost?  How many saved?  Second, Truman’s decision was made under uncertainty.  He could, at best, assign probabilities to possible outcomes.

Likewise, ordinary decision-makers must compare the relative sizes of costs and benefits, as when a car buyer balances the cost of a warranty against the cost of repairs.  The consumer doesn’t know at the outset whether she will have to pay for expensive repairs down the road.

“Truman, like ordinary decision-makers, had to put information about probability and magnitude together to reach a decision,” Shenhav says.  “And like the car buyer, Truman likely relied on his ventromedial prefrontal cortex to evaluate his options.”

Shenhav and Greene’s research was funded by the National Science Foundation.