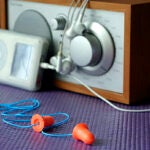 Hard on the ears

Once thought to be a problem primarily in the developed world, cancer is now a leading cause of death and disability in poorer countries.  Almost two-thirds of the 7.6 million cancer deaths in the world occur in low- and middle-income countries.

According to a paper published online in the Lancet, the international community must discard the notion that cancer is a “disease of the rich” and instead approach it as a global health priority.

“The provision of adequate health care in settings of poverty is by definition difficult, but the past two decades have taught us that setting our standards high can help bring new resources to bear on old problems,” says Farmer, who is also executive vice president and co-founder of Partners In Health.  “The integration of cancer prevention and care where both are needed is precisely what we need to do if we are to make the response to the challenge as global as cancer itself.  There are clearly effective interventions that can prevent or ease suffering due to many malignancies, and that is surely our duty as physicians or policymakers or health advocates.”

“The gaps in access to cancer care and control are one of the greatest challenges in global health in the world,” says Knaul.  “I believe we must address this glaring inequity.  Evidence shows that this can be done.”

Many of the more than 4 million deaths from cancer each year in low- and middle-income countries could be averted through early detection and treatment.  Millions more people with advanced or untreatable cancer but without access to palliative care will die with great and preventable suffering, often leaving those surviving them impoverished from attempting to meet even the most basic costs of the disease.

This suffering and needless loss of life will persist without a rapid recalibration of global and local response.  Said Frenk, “In most parts of the world, cancer is a sorely neglected health problem and a significant cause of premature death.  To correct this situation we must address the staggering ‘5/80 cancer disequilibrium,’ that is, the fact that low- and middle-income countries account for almost 80 percent of the burden of disease due to cancer yet receive only 5 percent of global resources devoted to deal with this emerging challenge.”

Among the additional authors are leaders from the global health and cancer communities representing the Global Task Force on Expanded Access to Cancer Care and Control in Developing Countries (GTF.CCC), including honorary co-presidents Lance Armstrong and HRH Princess Dina Mired of Jordan.  GTF.CCC was launched in November 2009 by HMS, HSPH, HGEI, and DFCI.

The authors, speaking on behalf of the GTF.CCC, propose, and are working toward, the following:
·  Raising global awareness of the impact of cancer on developing countries, creating a call to action on both the global and national level.
·  Defining the packages of essential services and treatments needed to provide care in low-resource settings for cancers that can be cured or palliated with available therapies.
·  Increasing access to the best treatment for cancer through the procurement of affordable drugs and services.
·  Reducing suffering from all cancers through universal access to pain control and palliation.
·  Developing and evaluating successful service delivery models in different economic and health system settings and sharing the lessons and evidence globally.
·  Expanding the leadership, stewardship, and evidence base for implementing the most efficient approaches to cancer care and control in developing countries.

According to Shulman, “Access to life-saving cancer care is a human right, and must be brought to those in developing countries.  We have shown we can do this in the treatment of other illnesses, and we can and must do this with cancer care.  This should be viewed as an imperative rather than as an option.”