Oberon is so on 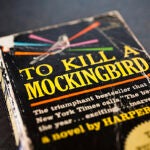 Year-old nightclub theater space is the younger sister of the A.R.T.

It was your typical night at Oberon: a packed house belting the lyrics to the perennial pop gem “Africa” by the band Toto.

But this wasn’t karaoke. It was a reading by the Arlington, Mass.-based writer Steve Almond, author of several books including “Candyfreak,” “My Life in Heavy Metal,” and his most recent work — and the event’s namesake — “Rock and Roll Will Save Your Life.”

The book is Almond’s love letter to music, of which he confesses he’s a “drooling fanatic,” and Oberon was a befitting space for the avant-garde production that featured audience participation and concluded with a performance by singer-songwriter Dayna Kurtz.

The year-old Oberon, which houses the popular disco spectacular “The Donkey Show,” is the younger sister of Harvard’s American Repertory Theater (A.R.T.). Formerly the Zero Arrow Theatre, Oberon was the vision of A.R.T. Artistic Director Diane Paulus, who sought to turn the venue into a permanent nightclub theater, according to Ari Barbanell, Oberon’s associate producer.

“This new venture was one of our main initiatives to further the A.R.T.’s core mission to expand the boundaries of theater,” said Barbanell.

“Rock and Roll Will Save Your Life” is just one of the diverse performances Oberon is offering this summer. Oberon’s docket includes, for example, “Conni’s Avant-Garde Restaurant,” which presents guests with a five-course home-cooked dinner set to dance, music, and more; and “The Other Network,” which showcases previously unseen TV shows by Conan O’Brien, Ben Stiller, and Judd Apatow, starring Jack Black, Adam West, Amy Poehler, Owen Wilson, Ron Silver, Jason Segel, and others.

“Oberon is committed to presenting work that fits into the world of ‘club theater’ that a show like ‘The Donkey Show’ has begun drawing attention to,” said James Wetzel, programming associate at Oberon. “We look for work that promotes a social atmosphere, works well in a bar environment, and gets audiences up and moving. This is what makes Oberon stand out. Not only are we helping local artists cultivate their work and talents, we also encourage them and their audiences to come into the venue, have a great time, and push the boundaries of theater.”

Drink, sing, and dance. Those three “rules for the evening” were projected on a screen over the stage during Almond’s show, highlights of which included a close reading of the lyrics of “Africa,” and the author’s waxing about records (“they were large, pitched to the scale of their emotional importance”) and his favorite songs (“the sheer gypsy longing of ‘Rhiannon’ by Fleetwood Mac made me feel like a gypsy, too”).

Other summer shows include “Uhuru Afrika Jump!” — a “jumping afro-diasporic dance floor explosion”; “Bent Wit Cabaret,” a “high-end, low-brow variety show” with a different theme each month and a brilliant core cast of collaborating performers and musicians; and “Abbey Road: A Sugar Coated Production” that promises an unforgettable interpretation of the classic Beatles album.

“The great thing about the programming schedule we have here at Oberon is that it is never the same,” said Wetzel. “We accept submissions from performance groups and also seek out interesting work in Cambridge, Boston, and beyond.”

This past spring, Oberon was one of the homes to the first Emerging America Festival, a collaboration among the A.R.T., the Huntington Theatre, and the ICA/Boston to present new American performances.

“The A.R.T. hosted six different companies over two days in Oberon, each working in a different style of club theater,” said Barbanell. “It was a great representation of the kind of work Oberon is proud to share.”

This fall, Oberon will present the first show of the A.R.T.’s 2010-11 season, the musical “Cabaret” directed by Steven Bogart. In February, says Barbanell, the A.R.T.’s production of “Prometheus Bound” will premiere.

The musical, directed by Paulus and written by Steven Sater with music by Serj Tankian from the band System of a Down, continues the venue’s outrageous legacy.

“The dance floor of Oberon will become a mosh pit,” revealed Barbanell. “It’s going to be amazing!”