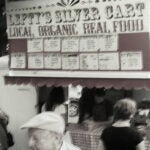 Archaeologist Adrian Staehli, whose work has challenged conventional interpretations of nudity and the human body in ancient Greek and Roman art, has been named James Loeb Professor of Classical Archaeology at Harvard University, effective next Jan. 1.

Staehli is currently lecturer and associate professor in the Archäologisches Institut at Universität Zürich, where he has been a member of the faculty since 2002. He joins Harvard’s Department of the Classics.

“Professor Staehli is an engaged and accessible teacher with an alert and creative mind,” said Ingrid Monson, interim dean of arts and humanities in Harvard’s Faculty of Arts and Sciences. “He has a solid grounding across the entire spectrum of Greek and Roman visual culture, and his work is at the cutting edge of art historical research into these antiquities. His work is provocative, promising to ignite scholarly debate and reinvent notions about the role of the ‘heroic nude’ in ancient art.”

Staehli’s research focuses on sculpture and painting from the archaic Greek to the Roman imperial period, with particular attention to depictions of the human body. His close examination of ancient art’s reception in later historical periods has revealed much about the process by which subsequent analysts reach consensus on the value and meaning of antiquities. His scholarly publications range from technical differentiations of authentic and fake sculpture to treatments of antiquity in modern cinema.

Staehli holds an M.A. and Ph.D. in classical archaeology, both from Freie Universität Berlin. Before becoming lecturer and associate professor at Universität Zurich in 2002, he served as a research assistant and lecturer there and at Universität Basel.

Staehli has held visiting appointments at the Getty Villa in Malibu, Calif.; the Centre Gernet-Glotz at the Institut National de l’Histoire de l’Art in Paris; the Istituto Archeologico Germanico in Rome; the Centre Louis-Gernet at the École des Hautes Études en Sciences Sociales in Paris; the Institut für Theaterwissenschaften at Freie Universität Berlin; and the Warburg Institute and the Institute of Classical Studies in London.