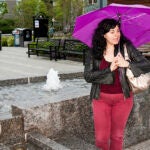 A park by the river

As e-files replace paper, everyday norms of research are evolving

The simple but bell-clear message for professors planning their future research seems to be: Change is coming.

Critical minds from across the University gathered at Harvard Business School (HBS) to explore a critical but often cloudy area of academia: digital scholarship.

In a seminar last Wednesday (June 9) aimed at better understanding the use and production of digital forms of research in creating scholarly knowledge, representatives from Harvard’s various Schools and departments met to discuss how to move forward amid an ever-changing technological environment, one that makes information accessible instantly and sometimes overwhelmingly.

Jeffrey Schnapp, founder of the Stanford Humanities Lab, a research effort that explores “innovative scenarios for the future of knowledge production and reproduction in the arts and humanities,” examined several benefits of scholarship in the media age. The event’s keynote speaker and a visiting professor at the Harvard School of Design, Schnapp noted that the digital revolution has led to new collaborations and exploration of subjects in the humanities that were until recently unimaginable.

Once “an individualized model of scholarly production” that applied to even the undergraduate and graduate levels, humanities research and scholarship has been transformed by technology and now includes experiments, collaborations, and “new models for how scholarship might even be redesigned,” he said.

Printed work is undergoing a “radical transformation” in the digital age, said Schnapp, who noted that such documents, when reproduced electronically, can be easily and perpetually updated, benefiting researchers. Where traditional scholarship emphasized developing a final product, digital advances allow for a process and product that is “potentially infinite.”

“The boundary lines between the finalized scholarship and what comes after are now more porous, are more fluid.”

In addition, said Schnapp, who is also a fellow at the Berkman Center for Internet and Society, the very nature of the objects studied in the humanities is being “fundamentally transformed” by new forms of media. A field such as music, which could typically only be cited using print conventions, can with new technology be captured in dynamic, innovative, and “transformative ways.”

But the technological shift also raises many questions, such as how librarians fit into the puzzle, or what their role in digitally archiving and preserving material should be. Another issue concerns how to pay for new means of digitally organizing material. Many observers questioned what the role of a university press should be in a digitized world, and how best to ensure quality control for the mass of electronic information being compiled in scholarly form.

“University presses have copy editors … Who is going to do that job [with] e-printing?” wondered Charles Rosenberg, Ernest E. Monrad Professor of the Social Sciences and lecturer on social medicine at Harvard Medical School. Rosenberg also worried about how to incorporate “these activities into the research university.”

“Who is going to pay for it; how is it going to be organized; how are these decisions going to be managed,” asked Rosenberg, who took part in an afternoon panel discussion.  “How do we plan in an indeterminate world when we don’t know where we are going?”

Organizer Mary Lee Kennedy, executive director of knowledge and library services at HBS, acknowledged that the session generated more questions than answers, but added that simply coming together to discuss the issue with peers was an important first step forward.

“We needed to bring people together,” said Kennedy, “to be part of the conversation.”