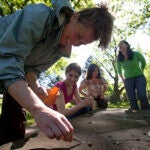 Exploring a world within a world

Could the processing agents be the problem?

This work, which appears in today’s online edition of the journal Circulation, is the first systematic review and meta-analysis of the worldwide evidence for how eating unprocessed red meat and processed meat relates to risk of cardiovascular diseases and diabetes.

“Although most dietary guidelines recommend reducing meat consumption, prior individual studies have shown mixed results for relationships between meat consumption and cardiovascular diseases and diabetes,” said Renata Micha, a research fellow in the Department of Epidemiology at HSPH and lead author of the study. “Most prior studies also did not separately consider the health effects of eating unprocessed red versus processed meats.”

The researchers defined unprocessed red meat as any unprocessed meat from beef, lamb, or pork, excluding poultry. Processed meat was defined as any meatpreserved by smoking, curing, or salting, or with the addition of chemical preservatives. Examples include bacon, salami, sausages, hot dogs, or processed deli or luncheon meats. Vegetable or seafood protein sources were not evaluated in these studies.

“Although cause-and-effect cannot be proven by these types of long-term observational studies, all of these studies adjusted for other risk factors, which may have been different between people who were eating more versus less meats,” said Mozaffarian. “Also, the lifestyle factors associated with eating unprocessed red meats and processed meats were similar, but only processed meats were linked to higher risk.”

“When we looked at average nutrients in unprocessed red and processed meats eaten in the United States, we found that they contained similar average amounts of saturated fat and cholesterol. In contrast, processed meats contained, on average, four times more sodium and 50 percent more nitrate preservatives,” said Micha. “This suggests that differences in salt and preservatives, rather than fats, might explain the higher risk of heart disease and diabetes seen with processed meats, but not with unprocessed red meats.”

Given the differences in health risks seen with eating processed meats versus unprocessed red meats, these findings suggest that these types of meats should be studied separately in future research for health effects, including cancer, the authors said. For example, higher intake of total meat and processed meat has been associated with higher risk of colorectal cancer, but unprocessed red meat has not been separately evaluated. The authors also suggest that more research is needed into which factors (especially salt and other preservatives) in meats are most important for health effects.

Current efforts to update the United States government’s Dietary Guidelines for Americans, which are often a reference for other countries around the world, make these findings particularly timely, the researchers say. They recommend that dietary and policy efforts should especially focus on reducing intake of processed meat.

“To lower risk of heart attacks and diabetes, people should consider which types of meats they are eating. Processed meats such as bacon, salami, sausages, hot dogs, and processed deli meats may be the most important to avoid,” said Micha. “Based on our findings, eating one serving per week or less would be associated with relatively small risk.”