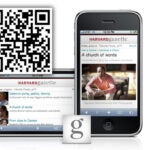 Paul Charles Zamecnik, the Collis P. Huntington Professor of Oncologic Medicine (Emeritus) died in Boston on October 27, 2009 at the age of 96. During a research career that spanned over 70 years, he made a series of scientific contributions that were enormous in their totality and represented multiple fields of biochemistry and molecular biology. He identified and characterized the principal components of the complex process of protein synthesis, and pointed the way to the discovery of the genetic code. Later he discovered antisense RNAs and their therapeutic potential and produced the first evidence for the presence and potential role of microRNAs.

Paul Zamecnik’s scientific curiosity was tweaked when a morbidly obese woman under his care died within a week of hospitalization. At autopsy he was struck at the excessive amount of fat in her tissue but only minimal protein. It caused him to wonder how proteins were actually synthesized. He asked a number of biochemists at what was then Western University Medical School but got only shrugs for a response. The year was 1938, and Zamecnik’s effort to answer that question proved to occupy his thinking and research for much of his scientific career.

After working on toxic shock during World War II at Harvard’s Collis P. Huntington Laboratories for Cancer Research, Zamecnik established his own laboratory at the Massachusetts General Hospital (MGH) focusing on the mechanisms of protein synthesis. Zamecnik was promptly able to show C14 amino acid incorporation into protein in rat liver slices, but he realized that in order to dissect the intermediary events, he needed to develop a cell-free system. After several years of effort, this was finally achieved with the aid of his colleague, Nancy Bucher, who was working on hepatic cholesterol biosynthesis. With this system in hand, beginning in 1956 his laboratory generated a succession of major achievements. Together with Mahlon Hoagland and Mary Stephenson, he showed that ATP was required for protein synthesis via the formation of amino acid adenylates. In the process, they found that ribosomes were the site of protein assembly. After noting that the combination of ribosomes, amino acids and ATP was not sufficient, Zamecnik discovered that a soluble small molecular RNA was essential. It was first called soluble RNA (or sRNA) and later transfer RNA (or tRNA).

The discovery of tRNA proved to be the adaptor molecule proposed by Francis Crick as to how the DNA message might be translated into the amino acid sequence. James Watson remarked at the time that if a cell-free system could be developed in E. coli, the field could take off. Indeed, the Zamecnik group accomplished this challenge in short order and it attracted the prompt attention of scientists like Nierenberg, Matthaei, Khorana and Holley. The deciphering of the genetic code quickly followed. Years later Zamecnik, in somewhat lamenting tones, observed that “Our cell-free bacterial protein synthesizing system opened a floodgate of exciting research. We felt as if we were left standing on Mont Saint Michel while the incoming roared past us.”

In 1978, while working on the structure of Rous sarcoma virus (RSV) he showed that it was possible to create a short chain of nucleotides – a synthetic antisense chain – that would bind to the complementary nucleotide sequence of a messenger RNA strand. He was successful in using antisense oligos to block the replication, transcription and translation of RSV in chicken fibroblasts. Thus, a new chemotherapeutic concept was born, and later Zamecnik and co-workers used antisense inhibition in in vitro systems to interfere with the growth of influenza virus, HIV, f. malaria and M. tuberculosis in proof of principle experiments. The subsequent discoveries of siRNA and microRNA depend in their critical inhibiting step on Watson-Crick oligonucleotide hybridization of a single strand oligomer of ~ 22 nucleotides and in fact, in 1987 Zamecnik published the first evidence for the existence of micro RNAs. At that time he suggested presciently that they might function as metabolic regulators.

Paul C. Zamecnik grew up in Cleveland. He received his bachelor’s degree from Dartmouth College in 1933 and his medical degree from Harvard Medical School in 1936. It was during that same year that he met and married Mary Connor. He failed to get an internship in surgery at the MGH. In a quandary at what to do, he consulted Oliver Cope who suggested he talk with his brother-in-law, Joseph Aub at the Collis P. Huntington Hospital of Harvard University, since a resident there had just declined a position. During the course of a very friendly meeting, Aub asked Zamecnik if he would teach his daughters how to ski (PZ having skied at Dartmouth). Paul agreed and he became a medical resident at the Huntington Hospital even before an internship. That eventful meeting with Aub was the beginning of a lifelong and fruitful relationship between the two.

In 1938, Zamecnik went to Lakeside Hospital in Cleveland for his medical internship, but soon he began to feel that clinical medicine offered little that one could do for patients. Given his recently developed interest in protein synthesis, he was advised to try and land a position with the renowned Max Bergmann at the Rockefeller Institute for Medical Research. After being told by Bergmann that he wanted “a chemist, not a medical man,” Zamecnik obtained a fellowship to work with Kaj Linderstrøm-Lang at the Carlsberg Laboratory in Copenhagen, Denmark. The Nazi invasion of Denmark cut short his stay. On returning home Bergmann accepted him in his lab.

Bergmann believed that protein synthesis was the reverse of proteolysis, but Zamecnik had his doubts. In the mid 1940s, Fritz Lipmann came to the MGH from Denmark and at lunch with Zamecnik one day, he said, “You don’t really think these Bergmann enzymes have anything to do with protein synthesis, do you?” Lipmann thought there was a whole new pathway in which amino acids were energized. That led to Zamecnik’s quest to find out whether Bergmann or Lipmann was right. It was obviously Lipmann.

In 1956, Zamecnik became the Collis P. Huntington Professor of Oncologic Medicine at Harvard Medical School. He continued his research at MGH until 1979 when he reached mandatory retirement. He then moved his laboratory to the Worcester Foundation for Medical Research in Massachusetts, and in 1997 he returned to MGH as a senior scientist affiliated with its Cancer Center. He continued to be remarkably productive showing that the insertion of oligonucleotides by transhybridization could correct the cystic fibrosis gene mutation and that antisense oligos could inhibit M. tuberculosis cell wall synthesis. He was at work on these and other projects until four weeks before his death.

Throughout his research career, Zamecnik was scrupulous in the execution of his experiments. He insisted that every detail be meticulously recorded so that if any questions arose about the results, the experiments could be replicated to the last detail. He demanded this of himself and his co-workers.

In addition to his own laboratory effort, he played a primary role in the development of the overall research enterprise at the MGH. Not only did he and his colleagues pursue fundamental biology in a hospital setting, but they also welcomed interested people from the clinical departments to work in their midst. Along with the efforts of Joseph Aub and Fritz Lipmann, the scene was set for the increasingly diverse and remarkable research effort in which fundamental biological themes occupied a prized and important place in the institution. Zamecnik’s concern for younger colleagues endeared him to them and added to their motivation to pursue careers in science as it relates to chemical medicine.

Paul Zamecnik loved science and the excitement of discovery. Spending time in his laboratory engaged in research provided him tremendous joy. He often expressed amazement that he was actually being paid for activities and an environment that provided him remarkable enjoyment.

Zamecnik received many prestigious awards in his lifetime including the National Medal of Science in 1991 and in 1996 the Albert Lasker Award for Special Achievement in Medical Science in 1996. In making the presentation, the Lasker Jury noted that “Zamecnik’s identification of transfer RNA is a landmark in the history of science. In this one experiment biochemistry and genetics became fused into the new science of molecular biology and the door was opened for creating the genetic code.”

Paul Zamecnik was uniformly admired by his peers and colleagues for his integrity, generosity, originality, and wisdom. He was very reserved and modest and he viewed his accomplishments with a quiet and dignified humility.