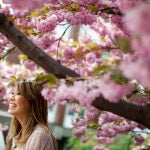 From Bly to Plimpton, with a Kissinger in between

In the 60th Anniversary Report for the Class of 1950, where alumni update classmates on the happenings in their lives, here’s a small glimpse.

Robert Bly — Bly, the author of several collections of poetry, including “The Light Around the Body,” which won the National Book Award in 1967, also has authored books of nonfiction, translated the works of dozens of non-English-speaking poets, and edited countless anthologies. He has been awarded Guggenheim, Rockefeller, and National Endowment for the Arts fellowships, and currently lives on a farm in western Minnesota, where he is the state’s poet laureate.

Edward Gorey — The one-time roommate of Frank O’Hara (see later entry), Gorey is most widely known for his macabre illustrations. He often wrote under pseudonyms that were anagrams of his name, notably Ogdred Weary, and illustrated works by Samuel Beckett, Charles Dickens, and T.S. Eliot, among others. He won a Tony Award in 1977 for his costume designs for “Dracula.” Gorey died in 2000, and his former Cape Cod home in Yarmouthport is now a museum called the Edward Gorey House.

Henry Kissinger ’50, A.M. ’50, Ph.D. ’54 — Former national security adviser and secretary of state Kissinger is a renowned political mind still sought out by world leaders. The German-born political scientist received the Nobel Peace Prize in 1973 for establishing a ceasefire and helping to orchestrate the U.S. withdrawal from Vietnam. He resides in New York City.

Frank O’Hara — Once a piano student at the New England Conservatory, O’Hara became an English concentrator at Harvard, where he met poetic luminary John Ashbery ’49, who first published O’Hara’s spunky and autobiographical poems in the Harvard Advocate. Known for “Lunch Poems,” his most popular book, O’Hara was a figurehead of the New York School of poets. He died in 1966.

George Plimpton — Journalist, writer, and actor Plimpton enrolled at Harvard in 1944, but graduated in 1950 after a leave for military service. He had a lengthy and eclectic career, becoming the first editor-in-chief of the Paris Review. As a writer for Sports Illustrated, he famously sparred with boxers Archie Moore and Sugar Ray Robinson. He made a brief cameo in “Good Will Hunting,” among other films. He died in 2003.