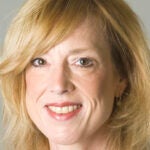 Faust calls global health one of her main priorities

Most victims related to, or friends with, the shooter

Over three-quarters of youths under age 15 who die in firearm accidents are shot by another person, usually another youth, according to new research from the Harvard School of Public Health (HSPH). It is the first multi-state, in-depth study of who fires the shot in unintentional firearm fatalities. The study appears online and will be published in the July 2010 issue of the journal Accident Analysis and Prevention.

David Hemenway, director of the Harvard Injury Control Research Center at HSPH, and colleagues Catherine Barber Matthew Miller, used data from 17 states participating in the National Violent Death Reporting System (NVDRS) of the Centers for Disease Control and Prevention
from 2003 to 2006 to determine who fired the shot in unintentional firearm fatalities. Among the 363 unintentional firearm deaths, about half were inflicted by others. The percentage that was other-inflicted
declined with the victim’s age. For shooting victims under age 15, 78% were other-inflicted, while among those age 55 and over, 81% had shot themselves.

“The young age of most of the shooters and victims shows what can happen when young people get their hands on a gun,” said Hemenway. “Youth with guns are a danger to themselves, but even more so to their
friends and family.”

“In over one-third of American homes with children, there are guns. Many of these guns are left unlocked or loaded or both,” said Daniel Gross, founder of the youth gun-violence prevention organization, PAX. “The results of this study underscore the need for simple and effective programs, such as PAX’s ‘Asking Saves Kids’ (ASK) campaign, which aim to reduce youth access to firearms and help cut the number of unintentional shootings, particularly among youths.”

This study was supported by the Joyce Foundation.