Dean Hammonds appointed to HBCU advisory board by President Obama 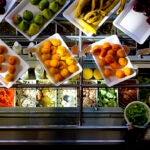 Evelynn Hammonds, dean of Harvard College and Barbara Gutmann Rosenkrantz Professor of the History of Science and of African and African American Studies, was appointed by President Barack Obama to the Board of Advisors on Historically Black Colleges and Universities (HBCUs). The panel was re-established by presidential executive order on Feb. 26, 2010.

“As President Obama noted, historically black colleges and universities have made important and ongoing contributions to the nation,” Hammonds said. “I look forward to working with other board members to support the administration’s efforts to strengthen the educational capacity of these important institutions.”

“As a graduate and current trustee of Spelman College, Dr. Hammonds has a deep knowledge of HBCUs,” said John Silvanus Wilson Jr., executive director of the White House Initiative on Historically Black Colleges and Universities. “She understands their challenges and potential in a way that will enrich her contributions to the Presidential Advisory Board. The board and the president will also benefit from her understanding of what is required to strengthen HBCU offerings in the science, technology, engineering, and mathematics fields.”