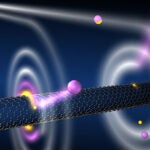 “We will either settle down as a species or completely wreck the planet.”

That grim prognostication from esteemed biologist and longtime Harvard professor Edward O. Wilson kicked off his assessment of the problems and possible solutions facing humanity and the many species with which we share planet Earth.

Wilson described several problems that collectively result in extinction rates today that are 1,000 times the natural background rate. Overpopulation, overharvesting, habitat destruction, invasive species, and pollution are all taking their toll. With human populations continuing to climb, pressures promise to increase. At the root of those problems is our inability to master our own urges and moderate our grasping for the resources of the natural world. Wilson said humanity is ruled by Paleolithic emotions, is guided by medieval institutions, and is wielding godlike power over the natural world, which he termed a dangerous combination.

“The radical reduction in the world’s biodiversity is a folly our descendants will never forgive us for,” Wilson said.

Wilson spoke Monday evening (April 5) in Sanders Theatre in the first of three John M. Prather Lectures in Biology, “Biodiversity and the Future of Biology.” The lectures are sponsored by the Department of Organismic and Evolutionary Biology and the Department of Molecular and Cellular Biology. Delivered on consecutive days, they are the most distinguished lectures at Harvard in the biological sciences. The final two are at 4 p.m. in the Science Center and will address “The Superorganism” and “Consilience.”

With climate change pointing so much scientific attention toward the planet’s physical world, Wilson cautioned it’s important that the biological world and biodiversity not be forgotten.

It’s striking, he said, just how little is actually known about life on Earth. He directed students in the audience toward mycology, the study of fungi, as a field in which they’d be able to make great progress, since so little is known. The world’s roughly 60,000 known fungal species are just a fraction of the estimated 1.5 million. Similarly, he described the study of microscopic life as a veritable “black hole” because so little is known.

Life exists from the deepest oceanic depths to the highest mountains, in superheated water from undersea vents and in corrosive runoff from abandoned mines. Life is possible wherever there is water, he said, and so could exist in the buried frosts of Mars, in the suspected oceans of Jupiter’s moon Europa, and on Saturn’s moon Enceladus.

Wilson highlighted several efforts to promote biodiversity and knowledge of life on Earth, including the online Encyclopedia of Life, which seeks to document life in a way accessible to all, and a new online library that seeks to make accessible biodiversity-related works in several major libraries.

Wilson said he believes that the 21st century will be known as the Century of the Environment and that, despite the ongoing destruction, many people are working to preserve the world’s biodiversity.

He promoted a plan to use just one-thousandth of the gross domestic product of all nations to conserve global biodiversity hotspots and large chunks of rainforest. That one-time payment would save half the planet’s species, he suggested.

“This is a problem that can be solved,” Wilson said.