In praise of the Y chromosome 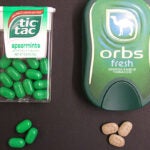 In comparison to the X chromosome, says David Page, the Y chromosome is a “demure, rather shy little fellow” traditionally believed by scientists to be decaying or stagnating to the point where some researchers have predicted its eventual extinction.

“I have spent the better part of the last 25 years defending the honor of this small, downtrodden chromosome in the face of numerous insults to its character,” said Page, director of the Whitehead Institute and a professor of biology at Massachusetts Institute of Technology, during a lively lecture Thursday (April 15) titled “The Evolutionary and Genetic Basis of Human Reproduction,” the final talk this semester in the “Evolution Matters” series sponsored by the Harvard Museum of Natural History.

Talking as if he were teaching a class, Page dispensed with the traditional format of holding a question-and-answer session at the end of his lecture, and instead invited audience participation. He began with a “crash course” he called “Human Genome 101,” asking questions such as “How many cells do you have in your body?” (10 trillion); “How many genomes per cell?” (two, except for in gametes, which have one); and the trickier “How old is sex?” (that depends whether you’re talking about bacteria, yeast, turtles, or humans), before tackling gene recombination.

During recombination, he explained, genes usually work in pairs, swapping material to lead to DNA repair and more robust genetic diversity. Every cell in the human body contains 23 pairs of chromosomes, and 22 of those pairs are matched. The 23rd in about 50 percent of people (that is, men) are not a matched pair but an XY pair. The Y chromosome is passed from father to son and contains the genes necessary for forming testicles, and therefore making sperm. Until Page’s laboratory learned differently, scientists believed that the Y chromosome, which has about 80 genes compared with the X’s 1,000 or so, did not pair-swap genetic material, and therefore was a weakened player.

But Page and his colleagues discovered that the Y chromosome does swap genetic material. The twist is, it swaps with itself. The Y, Page’s lab learned, stores DNA as a palindrome that reads the same in either direction — like the name Otto, for example. “The palindromes on Y are spectacular,” Page said. “It has almost perfect left-arm-to-right-arm symmetry,” with only .06 percent divergence.

One thing scientists knew was true was genes on the Y did not come in pairs, which would mean that Y chromosomes are very young, evolutionarily speaking, only about half a million years old. “Now all of a sudden we realized genes on Y come in pairs, just not from Mom and Dad, but on the arms of the palindrome.” The arms of the palindrome engage in “nonreciprocal recombination,” folding over on themselves to “overwrite” faulty genetic material.

“This implies that the palindrome existed in the chimp/human ancestor 6 million years ago,” said Page, whose lab also sequenced the chimp Y chromosome and discovered that the Y has continued to evolve in the 6 million years since chimps and humans emerged from a common ancestor.

Page and his colleagues also discovered that the Y chromosome may be linked to Turner syndrome in women, which is characterized by the lack of one sex chromosome, and can cause short stature, heart defects, and infertility due to ovarian malfunction. The syndrome may be the result of Y chromosome recombination gone awry, Page speculates, when the chromosome inadvertently becomes a palindrome with no gap in the center.

Known as the centromere, the middle space between the two arms of the Y chromosome is key to its health. If two centromeres are inadvertently created, as they were on 18 of 60 patients studied who had low sperm production, there are anomalies of the Y chromosome, or discordance between chromosomal constitution and anatomy — that is, feminization. “It turns out these centromeres play a critical role in passing out one copy of each chromosome to each daughter cell,” said Page. “Ironically, the more Y you have, the more likely you’re a female.”