Get the salt out 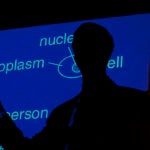 In praise of the Y chromosome

Responding to the health threat posed by Americans’ over-consumption of sodium, experts in the department of nutrition at Harvard School of Public Health (HSPH) and The Culinary Institute of America (CIA) called today for sodium reduction strategies that are strong and effective—and that maximize the enjoyment people derive from food.

“There is now overwhelming evidence that we must treat sodium reduction as a critical public health priority, much as we did when we discovered the harms of trans fats,” said Walter Willett, MD, DrPH, chairman of the department of nutrition, HSPH, and a member of the Institute of Medicine (IOM) of the National Academy of Sciences. “The food industry tackled the trans fat reduction challenge with remarkable speed. We invite their best creative minds to bring similar leadership to the equally urgent cause of sodium reduction.”

This call for action complements the IOM’s release today of a much-anticipated report, Strategies to Reduce Sodium Intake in the United States. Sodium is a major culprit in our nation’s epidemic of high blood pressure—a disease that can start in childhood and will afflict nine out of 10 Americans over the course of their lifetimes.

A 35 percent reduction in Americans’ average daily sodium intake could save billions of dollars annually on health costs—and save upwards of 90,000 lives—by lowering people’s blood pressure, and in turn, their risk of heart disease and stroke. But achieving this will take a comprehensive, population-wide effort, one that includes federal leadership to create a level playing field so that all food companies can move in concert toward gradual, steady reduction of sodium levels.

Policy changes need to go hand in hand with practical strategies. That’s why scientists from the department of nutrition at HSPH and culinary experts from the CIA have drawn up “Tasting Success with Cutting the Salt: Twenty Five Science-Based Strategies and Culinary Insights.” Among the recommendations:

Many chefs and food product developers are already hard at work on multipronged initiatives to reduce sodium,” said Greg Drescher, CIA’s executive director of strategic initiatives and a member of the IOM sodium reduction committee. “We encourage all chefs to think as broadly as possible about ways to reduce sodium, since the sodium issue is not merely about saltiness. It’s about flavor, and about the many different strategies chefs and all of us can use to create sensational flavors.”

Americans, on average, consume the equivalent of about a teaspoon and a half of salt each day (3,400 milligrams of sodium). The IOM report outlines the steps needed to cut that back to a teaspoon per day (2,300 milligrams of sodium). Doing so will be a major public health achievement, Willett notes, and once we meet that goal, we shouldn’t stop there. “The latest research finds that most adults should limit themselves to only 1,500 milligrams of sodium each day, about two-thirds of a teaspoon of salt,” Willett says. “To reach that target, we need to make it easy and delicious for consumers to choose foods with less salt.”

The top 25 list can be found at “Cutting Salt and Sodium,” a new section of The Nutrition Source, HSPH’s nutrition website and one of the leading online sources of science-based nutrition information. The website also has questions and answers on the scientific case for sodium reduction, delicious lower-sodium recipes from the CIA, and in-depth coverage of sodium’s effects on health.