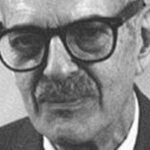 William F. Lee, A.B. ’72, a Boston-based intellectual property expert and former Harvard Overseer who leads one of the nation’s most prominent law firms, has been elected to become the newest member of the Harvard Corporation, the University announced today (April 11).

Co-managing partner of Wilmer Cutler Pickering Hale and Dorr, and recently the Eli Goldston Lecturer on Law at Harvard Law School, Lee will assume his role as a Fellow of Harvard College on July 1, 2010, when James R. Houghton, A.B. ’58, M.B.A. ’62, steps down from the Corporation after fifteen years of distinguished service.

“Bill Lee will be an outstanding addition to the Corporation,” said Houghton, the Corporation’s senior fellow since 2002.  “He’s wise, he understands complex organizations and academic culture, he’s immensely thoughtful and engaging, and he knows and cares a great deal about Harvard.”

“Bill is just an extraordinarily able, energetic, smart, and dedicated person, someone all of us on the search committee considered a natural choice,” said Robert D. Reischauer, A.B. ’63, who chaired the search committee and will succeed Houghton as senior fellow. “He has interests and experience that range from law and education and public service to science and technology and medicine.  And he’s stayed closely involved with Harvard across the years — as an Overseer, a visiting instructor, a parent, an admired local alumnus, and someone people turn to for good judgment and advice.”

“I’ve considered it a privilege to come to know Bill Lee the past few years, and I look forward to his joining the Corporation,” said President Drew Faust.  “His wisdom and experience, his intellectual curiosity, his feel for people and situations, his deep sense of how institutions can adapt to changing times — those qualities and more have made him an exceptionally valuable member of our community, and will make him an excellent member of the Corporation.”

“No institution means more to me than Harvard, and no institution has greater potential to transform people’s lives,” said Lee.  “I’m grateful to have seen and served Harvard from many different perspectives, and I’m looking forward to coming to know the University and its many people and parts even better.  I feel honored and humbled by the opportunity to serve Harvard in this new way, especially at so consequential a time of change, and I will do all I can to serve well.”

Lee began his legal career at the Boston law firm Hale and Dorr in 1976, rising to become senior partner in 1984 and managing partner of the firm in 2000.  He played a central role in the firm’s 2004 merger with the Washington-based firm Wilmer, Cutler & Pickering and has served since then as the co-managing partner of the combined firm, familiarly known as WilmerHale.

Beyond his experience in managing a firm with some 1,000 lawyers and twelve offices in the United States, Europe, and Asia, he has risen to the front ranks of intellectual property practitioners nationwide and regularly appears on lists of America’s best lawyers in his field.  In 2009, the publication Managing IP named him as U.S. Intellectual Property Practitioner of the Year.  His numerous trials in the federal courts have focused on such diverse matters as laser optics, video compression, cellular communications, remote data storage, secure Internet communications, pharmaceutical products, high-speed chromatography, medical devices, and genetically engineered food.

Both before and after his service as a Harvard Overseer, Lee has taught at Harvard Law School, where his courses have included intellectual property litigation and the innovative problem-solving workshop introduced in January 2010.  (For more on the workshop.)  Active in public service, he has served on advisory committees to various United States courts, as well as the nominating committee for Massachusetts state judges.  He went to Washington in 1987-89 as associate counsel to the independent counsel for the Iran-Contra investigation, and also led an investigation of alleged incidents of racial bias in the state courts at the request of the Massachusetts Attorney General.

Lee has been a member of the visiting committees to both the Law School and the School of Engineering and Applied Sciences, and he served on the committee convened in 2008-09 to consider the relations of the Harvard University Police Department with the broader University community.  He was vice chair of the Boston area gift committee for his 30th Harvard College reunion and served on the Boston committee for the most recent Harvard Law School campaign.  In addition, in recent years he has seen Harvard through the eyes of a parent and uncle:  One of his daughters has attended the College, the Kennedy School, and the Business School, another has attended the Law School, and four of his nieces have attended the College.

Beyond his roles within Harvard and his service within the legal profession, Lee has served on the boards of a range of other scientific, medical, and educational organizations.  He was invited to be one of the founding members of the board of the Broad Institute, a collaboration focused on genomics and medicine that brings together researchers from Harvard, MIT, Harvard-affiliated hospitals, and the Whitehead Institute.  He has previously served as vice chair of the board of University Hospital (a Boston University affiliate), a trustee of the Boston Medical Center, an overseer of the Museum of Science in Boston, and a member of the Cornell Law School visiting committee.  He has also chaired the board of trustees of the Tenacre Country Day School, an elementary school in Wellesley, Massachusetts.

The seven-member Harvard Corporation, formally known as the President and Fellows of Harvard College, is Harvard’s executive governing board and the smaller of Harvard’s two boards, the other being the Board of Overseers.  In addition to President Faust, the current Corporation members include Houghton, chairman emeritus of Corning Incorporated; Nannerl Keohane, L.L.D. (hon.) ’93, Laurance S. Rockefeller Distinguished Visiting Professor of Public Affairs at Princeton and past president of Duke University and Wellesley College; Patricia King, J.D. ’69, Carmack Waterhouse Professor of Law, Medicine, Ethics, and Public Policy at the Georgetown University Law Center; Reischauer, president of the Urban Institute and past director of the Congressional Budget Office; James Rothenberg, A.B. ’68, M.B.A. ’70, chairman, principal executive officer, and director of Capital Research and Management Company and treasurer of Harvard University; and Robert Rubin, A.B. ’60, L.L.D. (hon.) ’01, co-chairman of the Council on Foreign Relations and former U.S. Secretary of the Treasury.

In accordance with Harvard’s charter, the Corporation on Sunday (April 11) elected Lee as a Fellow of Harvard College, with the consent of the Board of Overseers.