A la carte for freshmen 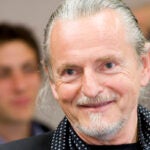 The academic options can seem endless at Harvard, where each course can appear more exciting and challenging than the last. For a student, choosing a concentration, as majors are called at the College, is an exhilarating but potentially overwhelming process. Fortunately, each spring the Advising Fortnight makes all the departments and academic choices at Harvard accessible to freshmen during a two-week series of advising events.

In Advising Fortnight, which started this year on April 5 and runs through April 18, Harvard’s 45 concentrations host information sessions, panels, and open houses where students learn about departments and committees.

“The primary goal of advising, in my opinion, is to help an advisee explore, contemplate, and ultimately decide on what they are really passionate about,” said Robert Lue, professor of the practice of molecular and cellular biology and director of life sciences education. “The best advising is not simply about the immediate next step, it is also about the pathway and the doors that may open or close along the way.”

Harvard College’s Advising Programs Office (APO) coordinates the logistics of all the events. Student input is essential to the Fortnight’s success, and the APO works with numerous undergrads to shape the format and programming and ensure that things run smoothly. Each concentration plans its own events to help students understand what a discipline studies and its methodologies.

Advising Fortnight kicked off with a buffet extravaganza on April 5 in Annenberg Hall. All of the concentrations were lined up in long rows on one side of the dining hall tables, and students could drop by to speak with advisers.

In addition to the concentration-specific events, the Fortnight also includes panel discussions with advisers from several departments covering broader fields such as the life sciences or the social sciences, so that students can compare different concentrations.

“I was looking at psychology or social studies, and I knew that I wanted to do something in that realm. The panels are invaluable, so students can understand the decisions that they are making, take ownership of their decisions, and enjoy the academic experience,” said Kristina Dominguez ’10, a sociology concentrator who worked with the APO to plan this year’s Fortnight. “College is about a lot of things, but you have to enjoy your academics because it’s a huge part of the experience.”

“We’d like students to come away with some idea of the structure of the program, but also with an idea of what we might call the culture of the English concentration, and how they might fit in,” said Daniel Donoghue, John P. Marquand Professor of English. “Our three sessions offer different perspectives — from alums, from current concentrators, from the English Undergraduate Office — with the hope that students can find the information they need to make their decisions.”

Advising Fortnight began five years ago, when the FAS faculty voted that concentration choice should take place during the first semester of the sophomore year, rather than the end of the freshman year. An amendment to that vote required students to have a “conversation” about choosing their concentration in the spring of freshman year. Because the Fortnight occurs at the end of the first year, and students choose their concentration the following fall, they still have time to plan and explore their options before making a final decision.

First-year students vary widely in their certainty regarding their future concentration. Even students who think they know what they will concentrate in often reconsider their decisions.

“Even though many students think they are going to do pre-med, it often changes after the first and second semester,” said Inge-Lise Ameer, assistant dean of Harvard College and interim director of the Advising Programs Office. “Even if they have decided on their concentration, there is a lot of decision making that goes on.”

Freshman students who are certain of their future concentration will still find the Fortnight helpful, participants said.

“I’ve been interested in psychology since the fourth grade, so today I’m interested in learning about lab work, thesis writing, and letters of recommendation,” said Esther Wu ’13 at the kickoff event. “I’ve also gotten advice on taking courses in other departments, which has opened my eyes to other possibilities.”