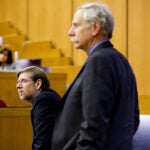 Right this way! See it! Taste it!

The trauma experienced during war may increase the risk of developing asthma, according to the results of a  new study by Harvard researchers at Brigham and Women’s Hospital (BWH), Harvard Medical School (HMS) and the Harvard School of Public Health (HSPH),
and researchers at Kuwait University.

The new study of Kuwaiti civilians who endured the Iraqi invasion and occupation of their country in 1990, is scheduled for online publication tomorrow in the Journal of Epidemiology and Community Health. The study was funded by a Kuwaiti government body established to provide compensation to victims of the Iraqi invasion of Kuwait.

“There’s been increasing evidence linking stress with physiological alterations and inflammatory diseases, like asthma,” said Rosalind Wright, MD, MPH, an assistant professor at both HMS and HSPH, of the Channing Laboratory and the Department of Medicine at BWH. “In this study we found that stress resulting from war and occupation was linked to a higher likelihood of developing asthma.”

The study is based on a random sample of just over 2000 Kuwaiti civilians aged 50 to 69 years, who endured the Iraqi invasion and seven month occupation of their country. Between 2003 and 2005, these civilians were asked questions about their experience and their health, including their experiences during the war, various lifestyle factors, and whether they were diagnosed with asthma after liberation. Civilians who were most traumatized were found to be twice as likely to develop the condition as those who reported fewer war-relates stress experiences.

Around one in six men and one in five women did not experience trauma during the War, while two-thirds of the men and over half of the women feared for their lives. Among the 413 participants with a low war-related stress score, only one reported having been assaulted; three said they had been arrested; and 28 had had their house searched. None had witnessed torture, rape, or executions. However, among the 517 with a high stress score, around one in 10 had been arrested; one in six had been assaulted; and more than half had witnessed torture.

New cases of asthma after liberation had been diagnosed in 6.6 percent of the men and 9.7 percent of the women. There was a direct correlation between the amount of trauma experienced during the invasion and occupation and the risk of developing asthma, even after adjusting for factors likely to influence the results, including exposure to air pollution as a result of burning oil fires.

The study was funded by the Public Authority for Assessment of Compensation for Damage Resulting from the Iraqi Aggression (PAAC).