Two from Harvard honored for research in biological sciences 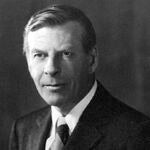 Erez Lieberman-Aiden, a Ph.D. candidate in the Department of Applied Mathematics in the Harvard-MIT Division of Health Sciences and Technology, and Mamta Tahiliani, a research fellow in pathology at Harvard Medical School who received her Ph.D. in immunology from Harvard in 2009, are two of 13 graduate students from institutes throughout North America who have been chosen to receive the 2010 Harold M. Weintraub Graduate Student Award, sponsored by the Basic Sciences Division of the Fred Hutchinson Cancer Research Center.

The awards, given in recognition of outstanding achievement during graduate studies in the biological sciences, are presented on the basis of the quality, originality, and significance of students’ work.

The award, established in 2000, honors the late Harold M. Weintraub, a founding member of the center’s Basic Sciences Division, who in 1995 died from brain cancer at age 49.