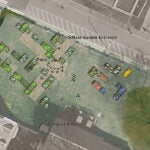 In his last collegiate match, Crimson wrestler J.P. O’Connor ’10 capped off a dominant season and career at Harvard by taking the 157-pound national title at the NCAA Championships in Omaha, Neb., on Saturday (March 20).

The No. 1 seed, O’Connor wrestled his way into the final against Cal Poly’s (California Polytechnic State University) Chase Pami. Despite falling behind 2-0, the Crimson grappler dug deep, and came back against his seventh-seeded opponent to take the match and the title, ending his season a perfect 35-0.

After being named an All-American as a freshman and sophomore, his junior season came to a disappointing end with an early exit in the NCAA Championships. But that was last year.

“It’s always a battle and struggle,” said O’Connor in a press conference after the match. “You always have those negative thoughts, but this year I did a good job of keeping those thoughts out of my head. Having my coaches support me and how [hard] I worked, I felt no one could stop me.”

“I was just trying to follow in the footsteps of former Harvard national champions, John Harkness and Jesse Jantzen, while creating my own path,” he said. “I looked up to Jesse; as great of a wrestler as he is, he is even a better person. I consider it to be an honor to be mentioned in the same sentence with him.”

Starting the season ranked in the top five nationally at 157 pounds, O’Connor plowed through his competition, outscoring his opponents 51-10 overall to finish with 132 career wins — tying Jantzen for the most in program history. And with his 35-0 mark, the senior achieved something even Jantzen couldn’t do — complete a season undefeated.

“I just had the fire and determination to win it this year. I truly believed that I could win it during my sophomore and junior years, but it just didn’t turn out that way, which was disappointing. I tried to turn it into a positive, and thought about it every day,” said O’Connor.

It has been a tremendous career of firsts for the senior out of Oxford, N.Y. In addition to being Harvard’s first undefeated national champion, he also became Harvard’s first freshman All-American in 2007, and is the first grappler to win multiple Ivy Wrestler of the Year honors (2008, 2010). And there is being first all-time in wins. Not a bad career indeed.

Although the grappler is hanging up his Harvard singlet for good, the human evolutionary biology major with medical school ambitions may not be done on the mat just yet. After achieving perfection in college wrestling, O’Connor has his eyes set on international wrestling.

“I would love to continue my wrestling career,” O’Connor said. “It’s always been a dream of mine, and I can’t think of anything better to represent the United States.”

With his résumé, he can do it. Med school can wait.