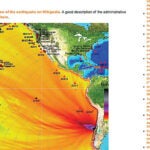 Count Harvard computer experts among those who responded swiftly to the deadly earthquakes in Haiti and Chile, throwing their expertise behind an effort to improve information flow for responders on the ground through a Web portal designed as a central data site.

The Haiti Earthquake Data Portal was designed in the days following the Jan. 12 disaster by Merrick Lex Berman, research manager at Harvard’s Center for Geographic Analysis. The portal was based on a similar Web page that the center created for a quake in China in 2008. But whereas that site took weeks to create, Berman drew on that prior experience to build the Haiti site in just a few days. When an earthquake struck Chile on Feb. 27, Berman was able to accelerate the process further, creating a portal for that country in just a few hours, using templates made for Haiti.

Berman and Wendy Guan, the center’s director of GIS research services, said that in the wake of
disasters like these, a treasure trove of information becomes available, but there is often no central location for those who need to access it. Satellite images and aerial photographs have grown increasingly detailed, making them potentially useful to identify damaged areas or blocked roads.

“A huge amount of information was made available through goodwill, but there was no single place collecting it all,” Guan said.

Of the three nations — China, Haiti, and Chile — the Haiti Earthquake Portal has gotten the most use, the two said, probably because geographic-information specialists and offices remained operational in China and Chile, whereas in Haiti the office where GIS specialists work was destroyed, and several researchers and administrators were killed.

Berman began work on the Haiti site the day after the quake, and realized within a few hours that there was an enormous demand for information. Berman collaborated with a Mississippi university, Delta State, and its Center for Interdisciplinary Geospatial Information Technology, which through its director, Talbot Brooks, made available a large amount of Haiti-related information. Berman was contacted by a group from Boston University (BU) that was heading to Haiti and was looking for information and high-resolution maps. He was also contacted by staffers working with the U.S. military in Haiti as they made on-the-ground response decisions.

The Center for Geographic Analysis was able to help, Berman said, because it has the equipment and expertise to store, manipulate, and print detailed maps.

“We produced these maps and got them into the hands of the [BU] team,” Berman said.

The Haiti Earthquake Data Portal, features a main page with a description of the site’s purpose. Along the left are links to major data sources, such as the U.S. Geological Survey, ReliefWeb, and a U.N. geographical information site, UN-SPIDER. On the right is a news feed featuring the latest Haiti stories, while other pages accessed through tabs on the top take visitors to more specialized locations, such as sources for Haiti-related data and Web-based maps. The site is aimed at people who need more detailed information than is available through general services such as Google Earth and who are proficient at using GIS programs and data sets.

The information on the site, Berman said, came from “unprecedented volunteerism” and people pitching in from many locations. Information came in, he said, about where streets were blocked, where people were gathering, and where water was available, all of which was shared with responders on the ground, including the U.S. military.

“There was an unprecedented amount of outreach and involvement,” Berman said.

Guan said she hopes that researchers who are now analyzing the earthquake and its response will close the loop and post their analyses on the portal pages, making the site not just a place where people turned for information during the immediate aftermath, but also for analysis as the response continued.

Researchers “can feed data back to us and use the site to make data known to decision-makers,” Guan said.