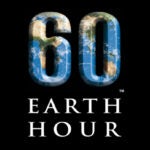 Harvard College Dean Evelynn M. Hammonds, the Barbara Gutmann Rosenkrantz Professor of the History of Science and of African and African-American Studies, today (March 26) announced the appointment of three House masters. Rakesh and Stephanie Khurana will become master and co-master of Cabot House. Douglas Melton and Gail O’Keefe will assume those roles at Eliot House, while Christie McDonald and Michael David Rosengarten will oversee Mather House.

“I’m tremendously pleased that such outstanding scholars — and talented, enthusiastic members of the Harvard community — will be taking on these important and influential roles,” Hammonds said. “Each of the new masters — Professors Rakesh Khurana, Doug Melton, and Christie McDonald — are leading scholars in their fields. But more important than their scholarly contributions, they are, alongside their spouses, wonderful, outgoing people who have a passion for working with and mentoring students.

“Harvard’s House system is both unique and has been central to the College’s undergraduate experience since the 1930s,” Hammonds continued. “Rakesh, Doug, and Christie will live up to the traditions of their many predecessors, while bringing new life and ideas to Cabot, Eliot, and Mather Houses. Please join me in welcoming them to each of these House communities.”

Rakesh Khurana is the Marvin Bower Professor of Leadership Development at the Harvard Business School. He teaches a doctoral seminar on “Management and Markets and the Board of Directors and Corporate Governance” in the M.B.A. program.

Khurana received his B.S. from Cornell University in Ithaca, N.Y., and his A.M. in sociology and his Ph.D. in organization behavior from Harvard. Prior to attending graduate school, he worked as a founding member of Cambridge Technology Partners.

His research uses a sociological perspective to focus on the processes by which elites and leaders are selected and developed. He has written extensively about the CEO labor market and business education.

His wife, Stephanie, is acting executive director for the Tobin Project, an alliance of the nation’s leading academics committed to pursuing transformative ideas that improve the lives of fellow citizens. She previously was co-founder, CEO, and director of Surebridge Inc.

She received a B.S. in applied economics from Cornell University, an M.B.A. from the Harvard Business School, and an M.P.P. from the Harvard Kennedy School. She has served on the Cornell Advisory Board for Dean of Students and the President’s Council of Cornell Women. Her career includes receipt of a “Top 40 Under 40” award from the Boston Business Journal. She also serves on the board of Step Into Art, a nonprofit that provides art education for inner-city children.

Douglas Melton is the Thomas Dudley Cabot Professor of the Natural Sciences at Harvard and an investigator at the Howard Hughes Medical Institute. He is also a co-director of the Harvard Stem Cell Institute, and has become a leading researcher and public advocate in stem cell research.

He earned a bachelor’s degree in biology from the University of Illinois and then went to Cambridge University in England as a Marshall Scholar, where he received a B.A. in history and philosophy of science and a Ph.D. in molecular biology at Trinity College, Cambridge, and the MRC Laboratory of Molecular Biology. He teaches undergraduates, graduate students, and medical students at Harvard in courses ranging from basic developmental biology to bioethics.

As an educational consultant, Gail O’Keefe works with parents to help them gain an understanding of the learning issues that their children face, advocating for services, placement assistance, and working to improve parent-child relationships. She also works with EDCO, a voluntary collaborative of 21 urban and suburban school districts serving Greater Boston, to ensure that educational opportunities remain available for children in state custody.

O’Keefe earned a B.S. in biology from the University of Connecticut, studied at Tufts University’s Department of Urban and Environmental Policy, and received an M.A. in applied developmental and educational psychology from Boston College.

Christie McDonald, who grew up in New York City, received her B.A. from Mount Holyoke College (having previously studied for a year in Paris) and her Ph.D. from Yale University. She is the Smith Professor of French Language and Literature and professor of comparative literature in the Department of Romance Languages and Literatures, where she served as chair from 2000 to 2006. Her research and teaching focus on the dialogue of literature with the social sciences and the arts. Two of her most recent collaborative projects will be published this year, “Rousseau and Freedom” and “French Global: A New Approach to French Literary History.”

A native of Montreal, Michael David Rosengarten is associate dean of the Center for Continuing Health Professional Education and associate professor of medicine at McGill University. He earned a bachelor of electrical engineering from McGill before moving to the University of Ottawa, where he received his M.D. degree. Since 1980, Rosengarten has held numerous appointments at McGill and the Montreal General Hospital. A longtime cardiologist specializing in electrophysiology, he combined his medical experience with his computer and Web skills to lead McGill’s continuing medical education in distance learning.

The two have spent more than 15 years commuting between Montreal and Cambridge, often meeting at their home in northern Vermont near the Canadian border. They will reside together at Mather House. They have four grown children in Montreal, Seattle, Atlanta, and Lowell, Mass.