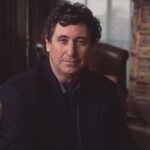 Wins for ‘Clout Goes to College’

The Nieman Foundation for Journalism at Harvard University has named the Chicago Tribune this year’s winner of the Taylor Family Award for Fairness in Newspapers for its evenhanded and thorough investigation of improper influence peddling in the admissions process at the University of Illinois in “Clout Goes to College.”

The Taylor Award and a $10,000 prize, established to encourage fairness in news coverage by America’s daily newspapers, will be presented at a ceremony on April 8 at the Nieman Foundation in Cambridge, Mass.

In “Clout Goes to College,” the Chicago Tribune revealed that lawmakers and university trustees used their sway to help subpar applicants gain admission to the University of Illinois, at times over the objections of admissions officers. The paper exposed secret admissions clout lists and a corrupt admissions process and in doing so, paved the way for reforms including a new admissions system, a new university president and chancellor, and six new members of the university’s board of trustees.

Taylor Award judge Ames Alexander commented, “Fairness was both the means and the end of this investigation. The newspaper let University of Illinois officials speak for themselves at length, publishing e-mails that spoke volumes about the tainted admissions process. But while the Tribune pounded the power brokers and university officials who had corrupted the admissions system, it sought to protect ‘clouted’ students who weren’t demonstrably culpable. The staff’s dogged and conscientious efforts produced a remarkable result: An unjust student selection process was replaced with one based on merit.”

Another judge, Monica Campbell, said, “The idea that political favoritism exists in the university admissions process is not new. But in a nuanced and comprehensive way, this series shows how a university system can allow for such corruption and drives that angle, rather than merely calling out the culprits, in a way that usefully shows how power and undue pressures wind their way through a university’s bureaucracy. Taken together, with informative graphics, reproduced e-mails and sidebars, the series offers a precise case study on deal-making at universities — not just at the University of Illinois, but what may likely exist at other institutions — and fairly portrays the culture that allows such problems to exist.”