Bottom line gets a touch of green 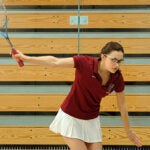 Harvard Business School works to rein in energy use

Harvard Business School (HBS) is in the business of being green — a color that goes nicely with the black of a healthy bottom line.

One measure of being green is reducing energy use, and HBS trimmed its utility bills by 12 percent from 2006 through mid-2009. Related operating costs dropped too, by almost a million dollars.

And preliminary figures show that, during the same period, HBS also reduced its greenhouse gas emissions by 29 percent. The 40-acre campus has 33 buildings — 1.5 million square feet — that have to be heated, cooled, and illuminated.

Greenhouse gas emissions, largely from burning fossil fuels, get trapped in the atmosphere and contribute to global climate change. Reducing such emissions is a Harvard-wide priority. In 2008, President Drew Faust pledged to reduce such gases 30 percent by 2016, with 2006 as a baseline year.

To meet that goal, each of Harvard’s 12 Schools submitted action plans late last year, and a University task force is looking for ways to share and implement the best energy-saving ideas.

The new technology has a high quotient of cool.

Less visible — and perhaps less sexy — are the fuel-efficient upgrades to the HBS chilled-water system, which provides the cooling for the air conditioning. There are also occupancy sensors for light and ventilation. “These are smart buildings now,” said O’Brien, “or they’re getting smarter.”

A cogeneration project at Shad Hall offsets close to 500 tons of greenhouse gas emissions a year. (Cogeneration means using a common fuel source to generate both electricity and useful thermal energy in one place. Waste heat from the Shad operation is used to make hot water.)

At Gallatin and Hamilton halls, residents can use touch screens to monitor energy and water usage in real time, which is an energy management system that is also planned for other HBS residential buildings.

Five HBS buildings have been refurbished to meet a gold LEED standard: Aldrich, Gallatin, Hamilton, McCollum, and Wyss halls. Two more buildings have LEED certifications pending: the Class of 1959 Chapel and McCulloch Hall. LEED, or Leadership in Energy and Environmental Design, is a code of sustainability standards ranked like precious medals. (Gold, the second-highest ranking, is the standard for any HBS project, said O’Brien.)

Exterior lighting has also been modified to cast light more efficiently and to use less energy doing it. More than 400 fixtures were upgraded.

Even small-scale equipment retrofits can make a difference. HBS replaced the 52-watt blue lights in its campus security phones with 2.6-watt ones that shine just as brightly. The savings amounts to the equivalent of seven tons of greenhouse gas emissions a year.

To win further energy reductions, HBS wants to build more sustainability into its food service operation. Buying regional produce, for instance, reduces the energy burned in transportation. HBS just finished a comprehensive study of its food service program. “It’s a different look at sustainability,” said O’Brien. “It opened my eyes to many different opportunities to improve our operation.”

But saving energy and reducing greenhouse gas emissions is not just about oil, bricks, mortar, and gadgets, he said. “It takes the entire community to move the needle.”

Then there are the Green Living Program “reps,” six M.B.A. students employed part time to monitor waste, recycling, and energy issues around campus. They are funded by HBS and trained by Harvard’s Office for Sustainability (OFS).

Technology is important, but the community affected has to buy in too, said Meghan Duggan, HBS manager of energy and sustainable services. And the price is right for simply changing behaviors, she added. “Occupant engagement doesn’t have to cost anything.”

“They are hitting it on all cylinders,” said OFS Director Heather Henriksen.