An education that works on two levels 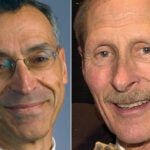 Coming to the Harvard Kennedy School (HKS), I knew that I would find an intellectually rich environment, one at the cutting edge of policy and development discourse. A friend of mine had finished the program two years ago and had told me how great she found it. Yet I wasn’t clear about what makes Harvard and the Kennedy School stand out.

I’m a Palestinian enrolled in the Mid-Career Master in Public Administration (MC/M.P.A.) program as a Mason Fellow. In my previous life, I worked as an adviser to Palestinian negotiators on border issues. I did that for five years, and before that spent three years with a nongovernmental organization that monitored Israeli settlement activities in the occupied territories.

At HKS, I’m taking courses that focus on communications and leadership, areas in which I have hands-on experience. I’m interested in learning some of the theories behind those areas to attain deeper and broader knowledge.

When I arrived at HKS, I wondered how much of its fame was borne out of the historical reputation of the place and how much came on its own merit. Being a prestigious school in itself attracts great scholars, and arguably that could be enough to sustain a reputation.

But whether they taught international relations, development economics, or power in the 21st century, the HKS professors demonstrated an impressive grasp on their disciplines. While these professors have strong opinions, they still manage to present and explain thoroughly other schools of thought, with their accompanying strengths and weaknesses. That gives students ample room to dive deeper in the causeways that are most useful to them and what they want to get out of their Harvard education. That approach makes for a substantially richer discussion of topics in class and out, and allows students to get the most out of courses. It’s an approach that’s often lacking in institutions that take a one-size-fits-all approach.

In addition, the professors have experience in their fields that’s grounded in the real world. Having work experience myself, and having gone through the transformative process of realizing the difference between theory and practice, I’ve learned to appreciate the opinions of those who spent considerable time tackling problems far from academia. Moreover, the professors’ hold on theory is so substantive that they can convey the relationships, both strong and weak, between theory and practice. For example, when Ricardo Hausmann, professor of the practice of economic development, talks about an economic theory and its application in a development setting, he can decouple elements that are useful for the policy situation from those that have to do with theoretical or more philosophical and ethical aspects. The ability to navigate both realms with ease is what I think students most appreciate in the learning that happens at the Kennedy School.

I found my public narrative course especially insightful. It’s providing me with a rich set of lenses through which to see and analyze what’s happening back home. I also find the discussion in class and outside it helpful in generating ideas and imagining alternative futures for my country. I had left my job because I felt that it was not effective in changing the situation at home. I’m hoping my year here will give me a few ideas on how to help to do that.

Another special thing about the School is the kind of people who come to study there. I don’t think it’s an exaggeration to say that it would be almost impossible to find another place that brings together so many people with such diverse backgrounds (professionally, geographically, and in years of experience) and yet with the same attitudes toward their responsibility to make this world a better place. They come from many countries, from nonprofits, for-profits, and government sectors, and with 10, 20, and 30 years of experience. Since they have backgrounds varying from energy, health, education, politics, and business, one would be hard-pressed to find a conversation uninteresting.

The wealth of knowledge and experience that such diverse students bring to class enhances discussions. Professors are often challenged when they present examples from a country or a sector, since classes usually include someone with substantive knowledge of that specific example that exceeds the instructor’s. In the end, we learn as much from each other as we do from the professors.

The combination of the two, the extensive knowledge that the professors bring and the richness of the cohort of students, creates a multiplier effect that makes for an intense and effective learning experience. The saying I once heard about Harvard has proven true: “Learning at Harvard is like trying to drink from a fire hydrant.”