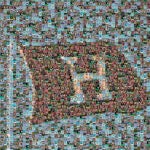 During Grand Elections, the annual ritual for incoming members of the Harvard Crimson’s editorial board, merry participants sang, danced, and paraded around Harvard Yard. The Crimson Executive Board paid impromptu visits to the dorm rooms of the newly elected, who were barraged with requests ranging from the practical to the ridiculous: “What’s the Crimson’s phone number? How are you going to call in a story if you don’t know — yell it out!” To this challenge, most students responded with their new mantra, “5-7-6-6-5-6-5!”

Outside Holyoke Center, the initiates then were asked to tell their high school GPA’s to passersby. As a show of humility, the new members were asked to give impromptu performances of pop songs, including “Hit Me Baby, One More Time” by Britney Spears, and “Love Story” by Taylor Swift. The rites embody a physical and mental flexibility that encourages laughter and teamwork — two virtues that go a long way in any field.

“The spirit of Grand Elections is Crimson community building,” said Charles Wells ’10, an executive board member. “By singling out our new writers as Crimson editors, we’re instilling in them the idea that they are part of a very special community of talented and dedicated writers.”

“When I was walking to class past the Holyoke Center this morning, I never imagined I would be dancing like a fool in front of it tonight,” said Alice Underwood ’11.  “I mean, what other newspaper asks you to dance and sing as part of the process of becoming a writer?”