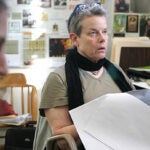 Hosted by the Judge Baker Children’s Center (JBCC), the celebration is an event to benefit JBCC, a Boston-based non profit organization working to improve the lives of children and their families struggling with emotional and behavioral challenges.

Also the director of the Media Center at the Judge Baker Children’s Center, Poussaint was chosen as the 2010 honoree “for his lifelong commitment to children and to making their world a better place.” Along with his work as a psychiatrist, Poussaint is a longtime advocate of civil rights and a well-known author. His most recent book, “Come on People” (2007), was co-authored with Bill Cosby and named a New York Times best-seller. Poussaint was also a script consultant for The Cosby Show and A Different World.

The 2010 World of Children Award Celebration will take place at the Seaport Hotel Boston, starting at 7 p.m.