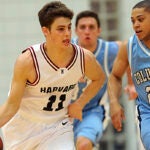 A group of Harvard employees recently united to help colleagues affected by Haiti’s devastating earthquake, using the tool they had at hand, a plastic jar.

Nickels and quarters, checks and dollar bills were all part of the contributions they made to a small impromptu bank fashioned from a Tupperware container and located on a cabinet in the middle of their office.

“Everybody just felt this sense of helplessness,” said Doug Anderson, director of the information technology services and support group for the Faculty of Arts and Sciences, where there are three workers with direct ties to Haiti. Anderson said members of his team wanted to help their coworkers in a “tangible, personal” way.

After learning of the Harvard Haiti Emergency Relief Fund for Employees, Anderson suggested to his team that they take up their own collection. He offered to match whatever was raised, up to $250, with his own money.

“With 50 people, we could turn pocket change into a lot,” said Anderson, who encouraged his team members to give whatever they could. Over a week and a half, the employees, many of whom are spread across campus, stopped by the central office in the basement of the Science Center to deposit their donations.

The office goal was $250. When it came time to count the money, the total came to $249.76. As promised, Anderson matched the amount, plus enough pocket change to get to $500 even.

“Thank you so much for your generosity and, more importantly, for coming together as a team to show our support for those whose families are affected by the earthquake,” Anderson wrote in an e-mail to his team. “I feel very proud and privileged to work with such a great group of people.”

The Harvard relief fund was initially established with gifts from the University and the Harvard University Employees Credit Union. It is still accepting donations from the Harvard community. The fund will benefit the at least 75 Harvard employees personally touched by the disaster.

Jamesley Dasse, IT support supervisor and part of Anderson’s team, was stunned when he heard about the massive tremor on the island of Hispaniola, where countless uncles, aunts, and cousins reside. He described the terrible days following the quake as “stressful,” as he tried to locate family and friends. Three of his cousins perished, and several others are missing and presumed dead.

But Dasse has been comforted and inspired by his team members and their generous donations. He said he was “blessed” to have a caring boss like Anderson and such giving co-workers.

“I am really proud of everybody. I feel like this is what our group is. We definitely rally together when times are tough, and in situations like this, to help others. I don’t think anyone here would do anything but be selfless.”

When the money was totaled, Dasse and his two co-workers with ties to Haiti deposited the funds at the credit union and returned to their office, where they posted the deposit slip on the wall. The small piece of paper is a great reminder of  “how we came together,” said Anderson.

“Not everybody has a lot to spare these days, and so for everybody to come together … that really meant a lot to those guys.”

Information about how to donate to the Harvard Haiti Emergency Relief Fund for Employees.

Donors who contribute by Feb. 28 to any charities providing Haitian relief will be able to take a charitable deduction on their 2009 or 2010 tax returns.