Over there, over here 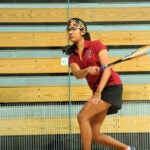 As many as 150 students across the University have seen combat in Iraq and Afghanistan. They have real-world stories to tell and pragmatic perspectives to contribute to academia. For them, America’s long-running wars are more than the stuff of newspaper headlines, network video, or armchair arguments. They are crucibles of experience that are, were, and always will be vivid and real.

Interviews with more than two dozen of these veterans suggest that these wars have brought to Harvard combat soldiers, airmen, and Marines who have high levels of discipline, judgment, maturity, and leadership.

Most of these student veterans are in three graduate programs, as approximate numbers show: business (70), government (50), and law (15). Two Harvard College undergraduates served in Iraq, both in the Marines. A few others are students at the Harvard Extension School.

Joshua Miles, A.L.B. ’10, took his first Harvard course online while running a war zone communications shack in Iraq. To study, he sat outside on a concrete pad littered with machine-gun shells.

Students who are veterans say they bring a unique perspective to Harvard. Some of it is academic, and some emotional.

When it comes to classes about history, foreign policy, or national security, “We have specific, formal experience in these two major wars,” said Christopher Cannon, M.P.A. ’11, a Harvard Kennedy School student who served tours in Iraq and Afghanistan. He said veterans contribute a hard-won pragmatism, because of “the judgments we all had to make.”

Often those judgments had to be fast and immediate, and could have fatal consequences. Decision-making had to be pragmatic and ethical at the same time, with a built-in awareness that people would be affected by the outcome.

“We talk a lot of theory here,” said Hagan Scotten, 34, a third-year student at Harvard Law School who had three combat tours in Iraq as a U.S. Army Special Forces officer. “You realize there’s a lot more out there.”

When student veterans talk about Iraq and Afghanistan, they begin with a powerful fact: They were there, and their memories are fresh.

Sean Barney, M.P.A. ’11, will graduate from Yale Law School next year, as well. For two months in 2006, he was a Marine rifleman patrolling the narrow alleys and crooked, crowded streets of Fallujah, Iraq.

On May 12 of that year, a sniper shot him in the neck. The bullet severed his carotid artery. Stunned, his head buzzing, Barney ran for cover before collapsing. He awoke two days later in a hospital in Washington, D.C., another miracle of modern combat medicine.

David Dixon, Ed.M. ’11, a captain still on active duty in the Marines, flew 250 combat missions in Iraq, piloting an AH-1W Super Cobra attack helicopter bristling with missiles and rocket pods. A thousand feet in the air, he recalled, western Anbar Province looked as barren and empty as an ocean. On the ground, the region was alternately frigid and roasting, a weather-whipped cauldron of sudden sandstorms, lightning, and torrential rains.

Jared Esselman, M.P.P. ’11, traveled the world in the Air Force, often in C-17 transport aircraft, where he was a loadmaster. (He managed aircraft from the pilot’s seat to the plane’s tail, with responsibilities for passengers, fuel, hydraulics, center-of-gravity cargo, and combat off-loading.)

Esselman was in Iraq in March 2003 in the earliest days of the shooting war. His aircraft was the second C-17 to land in Baghdad, where resistance remained stiff. Bombs flashed and blue-tailed missiles streaked past. “Red tracers from anti-aircraft fire [were] just littering the sky,” he said. “It looked like lightning.” He went on to fly nearly 300 combat sorties.

One feature of combat is that those who survive “bring a sense of caring about other people,” said Esselman, whose pre-service experience included herding cattle and working in a factory. “It’s hard for veterans to switch off that mode. It’s genuine caring.” Back home, “That translates over some to the classroom. You care about your classmates,” he said, “because you did the same thing on the battlefield.”

Several veterans said they contribute something else to Harvard: a kind of diversity that widens the idea of combining different, even divergent, backgrounds and opinions to multiply the strength of an institution.

“Harvard preaches diversity,” generally applying the concept to race, gender, or ethnicity, said Dixon, who read the Bible every day while overseas. “Diversity of experience and diversity of insight is just as, if not more, important.”

He recalled a recent survey of political beliefs in one of his classes. Out of 30 students, there was one communist and one conservative Republican, said Dixon, who did the Texas two-step with Jessica Simpson on the country dance team in high school. The rest identified as Democrats. (He said he was one of the two outliers, and invited a guess as to which.)

Having veterans in the classroom is also important because of the gravity of America’s current wars, said Dixon, who echoed comments from other Harvard veterans. After all, “Many students are the future leaders of the country,” he said, “and I think it is paramount that they personally know who is fighting for their freedoms.”

Harvard’s veterans also include women, who attest to gender diversity in the armed forces. (About a fifth of those in the U.S. armed services are women.) Tammy Brignoli, M.P.A. ’10, a major whose next post will be at the Pentagon, is only 38, but already has 21 years in the Army, counting time in the Reserves. She joined at 17, in the summer before her senior year in high school in Texas.

As an officer in airborne units, Brignoli served in Iraq and Afghanistan in capacities directly supporting combat units. “I’m really glad the military has changed the way it has,” said the mother of three, whose youngest son’s name is Valor. “It allows women to make a name for themselves.” At Harvard, she said, “I’m building bridges.”

Several veterans said one insight they brought with them to campus was that high test scores and book learning do not necessarily equate to everyday competence. They have seen that intelligence takes many forms.

“I appreciate other people’s beliefs and norms and values,” Jose Rios, Ed.M. ’10, said of the military’s democratizing effect. When he arrived at Harvard’s Graduate School of Education, he brought along a respect for other cultures, opinions, and backgrounds that he gained in the Marine Corps, including on two tours in Iraq with an aviation unit.

The University’s veterans say combat also instills a perspective beyond academics or social settings. It sharpens the sense of what matters, and in what order.

Aaron Scheinberg, M.P.A./ID ’11, who is working on a joint degree, including business at Columbia University, spent a year as an Army officer patrolling Iraq’s Sunni Triangle. He finds that he doesn’t get annoyed anymore when standing in line for, say, coffee. That likely has something to do with the dozen times his combat vehicles were hit by IEDs (improvised explosive devices). To this day he remembers the bright flash, the choking dust, and the chemical taste.

“You catch yourself,” said Scheinberg, an Arabic-speaking graduate of the U.S. Military Academy at West Point who appreciates where he is now. “Look, this is not a bad deal. You can step back and say: We’re at Harvard, the best school in the world.”

Yes, it can be a struggle to pull an all-nighter to get ready for a final exam, said Thomas Rubel ’13, a 23-year-old freshman who served two combat tours in Iraq with the Marines. But then along comes perspective. “I’m warm,” he said. “No one is shooting at me.”

Erik Malmstrom, M.P.P./M.B.A. ’12, who blogs about his wartime experiences for the New York Times, embraces the same kind of perspective. He was an Army platoon leader in northeast Afghanistan’s remote and rugged Waigul Valley, where in a year he lost six comrades. The pain still glitters in his eyes.

“The main thing, and the most important thing: We bring a dose of reality,” said Malmstrom. “We’re educating people in many ways.”

Jake Cusack, M.P.P./M.B.A. ’12, who was a Marine sniper platoon commander in Iraq, said that veterans educate those around them, in part by demonstrating the power of context. To get results, he said, theory often must be strained through reality.

“When you talk in a classroom about executing ‘comprehensive counterinsurgency policies’ in Afghanistan or Iraq, it’s one thing to use those words and to imagine what they might be in an academic setting,” Cusack said. “But it’s another to be able to execute those policies when you’re tired, it’s 110 degrees, and you’re angry because one of your friends was wounded or killed the day before.”

It’s important to bring context to the classroom, agreed Malmstrom, but it’s also important to bring a sense of humility. Seeing, up close, the complexities of executing policy, he said, “makes me much more thoughtful and mature about how I view military power.”

Cusack added a caveat, mentioning another form of humility. Veterans are not the only ones at Harvard with the real-world perspective gained from living in austere conditions and dangerous places. Students who have had field experience with nongovernmental organizations or the Peace Corps, for instance, often have gotten the same jolt from reality, he said.

Melissa Hammerle, M.B.A. ’10, was an Army officer in Baghdad’s Green Zone, where periodic mortar rounds would loop in and explode. She remembers the New Year’s Eve leading into 2006, when she was on a night convoy in the Sunni Triangle. “The fireworks,” she said, “were real.”

Hammerle said that many classmates have had little involvement with the military, and that some have never met anyone in the service — a disconnect that concerns many veterans. In a military system without a draft, said Malmstrom, many Americans have been generally unaffected by the wars that have torn through nearly a decade.

At Harvard, which has deep historical connections to the military, that disconnect is fairly recent.

During the Revolutionary War, Gen. George Washington garrisoned troops in Harvard Yard, and Holden Chapel became a storehouse for arms. During the Civil War, more than 1,500 Harvard students left to serve — 257 of them for the Confederacy. During World War I, students drilled with rifles on campus. Decades later, the University contributed to atomic bomb research.

The Vietnam War strained the College’s centuries-long military affiliations, and the current military policy toward gay members of the armed forces has been criticized as being at odds with the University’s antidiscrimination policies.

Still, there are signs that Harvard and the military are renewing some old ties.

Last year at Commencement, President Drew Faust presided over the Reserve Officers Training Corps’ commissioning ceremony. Gen. David Petraeus, former commander of coalition forces in Iraq and architect of the troop surge there, was the guest of honor.

During the ceremony, Faust announced that Harvard College, all of Harvard’s graduate and professional schools, and the Harvard Extension School will help to pay tuition costs for veterans by participating in the new federal Yellow Ribbon GI Education Enhancement Program. She called the program, which is aiding about 120 students this year, “an opportunity for us to show our gratitude to the citizen-soldiers who have given so much for our nation.”

And on Veterans Day last fall, Faust spoke during a ceremony at the Memorial Church honoring Harvard’s 16 Medal of Honor recipients. She cited the military’s “courage, character, and … profound sense of obligation to service and citizenship.” Delivering the keynote address was Gen. George W. Casey Jr., chief of staff of the U.S. Army, whose father, Gen. George William Casey ’45, died in Vietnam.

The pews were crowded with uniformed veterans, including Seth Moulton ’01, M.P.A./M.B.A. ’11, who completed four tours in Iraq. “There’s a war still going on in America, yet people … are disconnected from it,” he said later. “We offer a connection.”

The military “is a proud community, and one that would like to retain its place at Harvard,” said Barney, the Marine wounded in Fallujah, who sees hope in the recent interactions. Something important is developing, he said — the concept of “renewing the idea of military service as public service.”