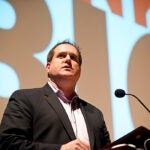 The vibrant, dynamic performances at the Harvard for Haiti concert on Feb. 12 made for a stark contrast with the reality of the Jan. 12 earthquake disaster in Haiti. But Harvard College students raised almost $37,000 at their sold-out benefit show at Sanders Theatre.

The production was wholly underwritten by Harvard University, meaning all of the money raised will go to Partners In Health, a Harvard-affiliated nongovernmental organization that has been working in Haiti for more than 20 years.

The concert, produced and performed by the students, featured performances that were varied in style but uniformly moving. Violinist Ryu Goto ’10 played with such passion that he frayed his bow.

The Pan-African Dance and Music Ensemble got the audience moving and clapping along in their seats during a performance of “Drum Call.” Following a reflection by Harvard College Dean Evelynn Hammonds, the Kuumba Singers ended the evening with modern and traditional gospel songs about community and resilience.

Sanders was filled to the rafters, as President Drew Faust noted in her welcoming remarks.  But the audience extended far beyond the theater, as almost 3,500 watched live via Webcast.  The online audience donated to the cause via the Harvard for Haiti Web site.

After the concert, the Student Alliance for Global Health hosted a reception at the Queen’s Head Pub in Harvard Yard to help concertgoers learn more about the health implications of the disaster and what else they can do get involved.

The University has established a relief fund for Harvard faculty and staff directly affected by the earthquake in Haiti. Donations can be made online, in person, or by mail through the Harvard Credit Union.