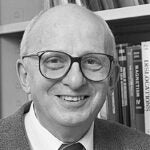 During a career spanning more than 50 years, Murdoch has distinguished himself as a renowned scholar of ancient Greek and medieval Latin science and philosophy, with a particular interest in the concepts of infinity and continuity throughout early science. He is the author of “Album of Science: Antiquity and the Middle Ages” (1984) and co-editor of “The Cultural Context of Medieval Learning” (1973). He has also penned more than 60 scholarly essays on various aspects of ancient and medieval science.

Murdoch earned a Ph.D. in philosophy from the University of Wisconsin in 1957. His dissertation, a philosophical introduction to 14th century scholar Thomas Bradwardine’s work on the continuum, earned him a three-year appointment in Harvard’s History of Science Department. He moved to Princeton in 1960 and then returned to Harvard in 1963, where he remains an active faculty member.