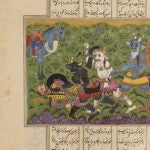 Haitian-American musician and record producer Wyclef Jean has been named 2010 Artist of the Year by the Harvard Foundation of Harvard University. The Grammy Award-winning musician will receive the group’s most prestigious medal at the annual Cultural Rhythms award ceremony on Feb. 27.

The Harvard Cultural Rhythms festival will begin that day at 3 p.m. in Sanders Theatre. The award will be presented around 4 p.m. There also will be an 8 p.m. performance.

“His contributions to music and distinguished history of creativity have been appreciated by people throughout the world,” said S. Allen Counter, director of the Harvard Foundation, “and he is admired worldwide for his humanitarian efforts on behalf of the people of Haiti.”

Jean began his musical career as part of the Fugees, a hip-hop trio that rose to fame in 1996 with its second album, “The Score.” The multiplatinum record earned the group two Grammy Awards, including Best Rap Album.

Jean launched his solo career in 1997 with “The Carnival,” which featured artists such as Célia Cruz and fellow Fugees Pras and Lauryn Hill. Praise for the multiplatinum album emphasized its musical influences, including hip-hop, reggae, folk, disco, soul, “Son Cubano,” and Haitian music. The album earned Jean three Grammy nominations, including Best Rap Album. He has since received three more nominations, including one for “Million Voices,” which also earned a 2005 Golden Globe nomination for Best Original Song in a Motion Picture (“Hotel Rwanda”).

He is widely known for his humanitarian work through the Yéle Haiti Foundation, which promotes sports and the arts in Haiti. This support includes thousands of annual scholarships, soccer programs for at-risk youth, and free outdoor films in neighborhoods without electricity. The organization distributes food to communities in need throughout Haiti and mobilizes emergency disaster relief, including its current efforts in response to the devastating earthquake in the Port-au-Prince area.

The Harvard Foundation, the University’s center for intercultural arts and sciences initiatives, honors the nation’s most acclaimed artists and scientists each year. Previous awards have been presented to such artists as Sharon Stone, Andy Garcia, Will Smith, Matt Damon, Halle Berry, Jackie Chan, Denzel Washington, Salma Hayek, and Herbie Hancock.

For performance times and ticket information.