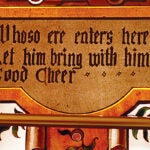 Around the Schools: Harvard Extension School

When David Maybury-Lewis died on December 2, 2007, the discipline of anthropology lost one of its most distinguished members. David was not only a brilliant thinker with an international reputation, fluent in nine languages, but was also recognized as a humane defender of the rights of indigenous peoples. He had been an intrepid field-worker in the jungles of the Amazon, in Brazil, under conditions that would have dismayed, if not terrified, ordinary souls. He had also held generations of Harvard students in thrall with his inimitable lectures full of wit and learning delivered in his mellifluous voice.

David was born on May 5, 1929, in Hyderabad, Sindh, in what is today Pakistan, then under the British Raj. His father was a civil engineer in the Indian Civil Service working on dams and irrigation in the Sindhi deserts. The young David was sent as a boarder for his early education to King’s School, Canterbury, in England. He served in the British Army in Vienna in the years after the war from 1948 to 1949. He first became interested in the Indians of South America as an undergraduate in Cambridge when attending a course on the discovery, conquest, and settlement of the “New World.”

After Cambridge, David went on to the Institute of Social Anthropology at Oxford for his graduate studies. He chose to devote himself to the challenging work among the still notoriously bellicose tribes of the Amazon. He soon encountered the work of Claude Lévi-Strauss, who had also been working in the Amazon. Les structures élémentaires de la parenté, an ambitious and surprising analysis of kinship systems, had appeared in 1949. Lévi-Strauss posed challenging questions about fundamental conceptual categories, especially concerned with structure, mythology, and other cognitive domains. David disputed some of Lévi-Strauss’s central premises by emphasizing the heuristic character of the “structures” they had both described.

David’s experiences in the Amazon are described in two superb studies, The Savage and the Innocent and Akwe-Shavante Society. The selfless tenacity of David and his wife, Pia Maybury-Lewis, in difficult circumstances is astonishing. Akwe-Shavante Society is a lucid, detailed, and comprehensive fieldwork monograph, a masterly account of great theoretical precision that describes the structure and organization of the several small communities in the eastern highlands of Brazil.

Upon completing this field research, David was invited to Harvard in 1960, where he soon began the Harvard-Central Brazil Project, an ambitious endeavor focused on comparing the societies of the Gê- speaking peoples of the Amazon. The Harvard team worked in close collaboration with Dr. Roberto Cardoso de Oliveira of the National Museum in Rio de Janeiro. David, with the collaboration of Cardoso de Oliveira, founded anthropology departments in Rio de Janeiro and Recife, which then, with Harvard, trained the top social scientists who went on to do critical work in Brazil and in South America.

It was in the course of his experiences in the Amazon that David and Pia decided to help small communities being driven out of their traditional territories. They founded the Cultural Survival organization in 1972 in order to draw attention to the destruction taking place where they had worked and in many other parts of the Amazon. They initiated the pioneering movement that put the language of human rights, of sustainable development, and of environmentalism at the service of indigenous people.

These considerations led David to create an M.A. in Anthropology and Development at Harvard. He was also involved in recruiting faculty associated with the Harvard Institute for International Development, and in developing educational programs concerned not only with establishing guidelines for appropriate development for small-scale indigenous communities, but programs that addressed a broad range of related issues in development for all of Brazil. Many of his students have become leaders in the massive global effort that goes by the name “international development.”

At the time of his death, David was working on a major undertaking, a book on the state of the native peoples of the Americas, which begins with the arrival of Christopher Columbus, Hernando Cortez, and Francisco Pizarro and follows Indian history up to the modern era. One can glimpse what he had in mind in a brilliant piece in the Bulletin of the American Academy, “A New World Dilemma: The Indian Question in the Americas” (April 1993). He writes:

“In fact, the Americas since the conquest have been a vast laboratory for the eradication of indigenous cultures…. The effort to destroy these cultures (ethnocide) was sometimes accompanied by an attempt to destroy the indigenous populations themselves (genocide).”

David joined Harvard’s Faculty of Arts and Sciences in 1960 as an instructor in social anthropology. He spent his distinguished career at Harvard until his retirement in 2004. For his pioneering research and his contributions to higher education in Brazil, he was awarded the Grand Cross of the Order of Scientific Merit, Brazil’s highest academic honor, in 1997. The Brazilian ambassador personally traveled to Harvard, amid much pomp and ceremony, to place the magnificent blue-ribboned medal upon David’s shoulders. David, along with Pia, had already received the American Anthropological Association’s Franz Boas Distinguished Service Award in 1988. He had been a Fellow of the American Academy of Arts and Sciences since 1977. In 1998 he was also honored with the Anders Retzuis Gold Medal of the Swedish Society of Anthropology and Geography bestowed by the King of Sweden.

David and Pia created a lively intellectual circle through their regular Sunday open house parties in their home in Cambridge. Both the annual spring fest and the more private dinners were keenly appreciated by all who had the privilege to sit at their table and be regaled with fabulous stories and hilarious exchanges. Visitors from far-off lands, graduate students, and undergraduates are unlikely to forget the generosity expressed on these occasions.

David will also be fondly remembered at Adams House, where it had become a Christmas tradition for him to read Winnie-the-Pooh to students in his august Oxford accent.

David Maybury-Lewis is survived by his wife, Pia; sons Biorn and Anthony; and four grandchildren.