Crimson unable to fight off Huskies 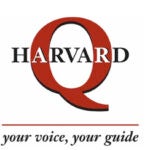 The Harvard Crimson men’s hockey team faced a familiar foe on a familiar stage Monday (Feb. 8) in the consolation game of the 58th Beanpot tournament. But with just one win in its past six games, struggling Harvard received no consoling from Northeastern (13-12-1), who took down the Crimson (6-14-3; 6-7-3 ECAC), 4-1.

The matchup, which was the ninth time since 2000 that the Crimson faced the Huskies in the Beanpot, was the seventh time both teams clashed in the consolation game. But despite Harvard’s 22-16 all-time series record against Northeastern, the Crimson were unable to bounce back from an early two-goal deficit. The defeat followed a 6-0 loss to Boston College in the Beanpot opener on Feb. 1.

“I give a lot of credit to Northeastern. I think they wore us down as the game went on,” said Harvard coach Ted Donato. “We started the game a little bit flat, and put ourselves in some tough situations.”

The Crimson’s only goal came when a slap shot by freshman forward Conor Morrison found the back of the net at 11:13 into the second period. Although that pulled Harvard within a goal, the Crimson continued their Beanpot scoring woes going scoreless the rest of the game.

Despite their recent losses, the Crimson historically have closed the regular season with momentum after the Beanpot. Last season the Crimson went 4-0-2 in their remaining six games, and in 2008 Harvard closed the season 5-0-1.

With four of the remaining six games at home, Harvard’s recent struggles will likely be forgotten with another strong finish to the season. The Crimson currently stand in eighth place, but four points behind fourth-place St. Lawrence.