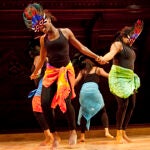 Christiane Amanpour, chief international correspondent with CNN and anchor of the daily interview program “Amanpour,” has been selected as the 2010 Senior Class Day speaker. She will address Harvard College graduates and their guests on May 26 at 2 p.m. in Tercentenary Theatre in Harvard Yard.

“Christiane has reported from every major crisis of our generation,” said Nworah Ayogu ’10, first marshal of the Class of 2010. “Based on her life experience and perspective, we are extremely excited for her speech. The Class of 2010 is honored to have one of the greatest journalists of our time as our Class Day speaker.”

Senior Class Day is a student-focused, somewhat informal celebration that takes place the day before Commencement. In addition to a featured speaker selected by the Senior Class Committee, the exercises include award presentations and undergraduate orations.

In her work as an internationally renowned journalist, Amanpour has covered stories on the Gulf War, the occupation of Iraq and Afghanistan since 9/11, and Hurricane Katrina. She has reported on crises in the Palestinian territories, Pakistan, Somalia, and Rwanda.

Throughout her career — which has spanned a quarter century — Amanpour has interviewed many world leaders, including Iranian presidents Mohammad Khatami and Mahmoud Ahmadinejad, the late Palestinian leader Yasser Arafat, and the presidents of Afghanistan, Sudan, and Syria. She was the first international correspondent to interview British Prime Minister Tony Blair, French President Jacques Chirac, and Pakistani President Pervez Musharraf after 9/11.

In recognition of her coverage of the Bosnian war, the city of Sarajevo named Amanpour an honorary citizen in 1998.

Amanpour started her career at CNN in 1983. She graduated from the University of Rhode Island with a bachelor’s degree in journalism. She lives in New York City.

For more information on Harvard’s 359th Commencement, including its schedule.