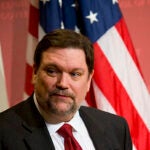 Contrary to what many people may think about the originator of the theory of multiple intelligences (MI), Howard Gardner spends little time these days thinking about his breakthrough. As he told a crowd during remarks at Askwith Hall on Tuesday (Jan. 26), “I don’t wake up and say, ‘Hey, there’s a sexual intelligence or a cooking intelligence.’”

Gardner reflected on his famous theory ― in which he posits that all humans possess numerous autonomous intelligences rather than a single intelligence that can be measured through a tool such as the IQ test ― at an Askwith Forum called “Multiple Intelligences: The First 25 Years.” His theory made Gardner one of the most famous academics in the world, earning him the first MacArthur Prize Fellowship and honorary degrees from 26 universities. Gardner, who is the Hobbs Professor of Cognition and Education at the Harvard Graduate School of Education, was also named one of the world’s top 100 leading public intellectuals by Foreign Policy and Prospect magazines.

“The heuristic value of this theory simply cannot be overstated,” said Dean Kathleen McCartney of Harvard’s Graduate School of Education. “Howard’s theory of multiple intelligences has been inspiring the work of practitioners, researchers, and policymakers for more than 25 years, not just here but around the globe.”

Calling himself a “lifer,” Gardner came to Harvard in 1961 as an undergraduate. As founding member in 1967 of Project Zero, of which he is senior director, Gardner began studying children’s artistic development. At the same time, he began research at a veterans’ hospital, studying patients with brain damage.

“The MI theory would never have been spawned if I hadn’t been working with these two populations,” he said. “That turned out to be the critical spark that led to the ideas, because every day I would see children who had scattered intellectual profiles, [who] were not very good at school, or vice versa.” Gardner found himself immersed in data about what children could and couldn’t do. “I’d try to make sense of it, and it was not easy,” he said.

In 1979, the Bernard van Leer Foundation awarded the School of Education more than $1 million to probe the nature of human potential. Gardner decided to focus on human cognition using disciplines such as evolution, various cognitive profiles and processes, different cultures, and human abilities.

“I didn’t know I’d come up with the theory of MI,” Gardner said. “I thought, here’s a once-in-a-lifetime opportunity to put together all this stuff I had been observing and seeing and make sense out of it.” What Gardner discovered was that the human mind operated more like several computers related to one another. These computers, or “intelligences,” are linguistic, logical, kinesthetic, interpersonal, intrapersonal, musical, and spatial.

Gardner largely credited his use of the word “intelligences” as pivotal to the theory. “I would not be standing here today in this hall if I called it seven abilities or seven powers,” he said, even though he could not recall how he selected that word.

The theory led to his 1983 book, “Frames of Mind: The Theory of Multiple Intelligences.” Gardner recalled how the theory initially made people uncomfortable, but also seemed to resonate with educators, even though he admitted he never really thought about education.

Ultimately, it was public reception of the theory that pushed Gardner into a level of fame rarely seen by academics. In fact, Gardner pinpointed the start of his “15 minutes of fame” at a 1984 meeting of the National Association of Independent Schools, where his arrival in the packed and noisy room in New York’s Hilton Hotel immediately caused it to become silent.

Eventually, Gardner decided not to focus his entire life on MI. Still, 15 years ago, he added an eighth intelligence, naturist. And he has spent many years ruminating on whether there is a ninth intelligence, existential, which contemplates the big questions of life, such as: What is love? Why am I here? Who am I? However, Gardner said that he still needs more evidence on that one, so for now he suggests there are eight-and-a-half intelligences.

These ideas continue to spread globally, even though Gardner said he has had little to do with what we might see as MI in the world. Today there are Asian milk drinks (promising to develop each intelligence), books, conferences, and schools dedicated to the theory. Although Gardner initially resisted addressing the implications of MI, he found that other people developed their own. While it has been interesting for him to watch people assimilate his work, this prompted a shift in Gardner’s own beliefs.

“I said to myself, if I developed these ideas, I can’t simply say it’s up to other people how to use them,” he said. “If they’re being abused … I have to take responsibility.”

In the past 15 years, that notion has largely inspired Gardner’s efforts on the Good Work Project, which identifies individuals and institutions exemplifying the meaning of positive work that encompasses three characteristics: excellence, engaging, and ethical.

“My first work, and I make no apologies for it, was about intelligences, and a lot of the work on Good Work is about the kind of human being you are,” Gardner said. “The true implication, whether it’s here in this School or the rest of the University or anywhere in the world, [is that we] really need to focus on that … you have a world where [some] people are good people but don’t use their minds well, [and other] people use their minds in ways which are not worthy of human beings.”