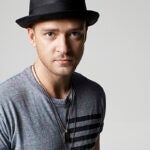 Hathaway, Timberlake to be feted at Harvard Jan. 28, Feb. 5

Actress Anne Hathaway will parade through Harvard Square as Hasty Pudding’s Woman of the Year this Thursday (Jan. 28). Last year’s honoree Renée Zellweger braved arctic temperatures while surrounded by a cluster of half-dressed Hasty jokesters before being feted inside the New College Theatre at 12 Holyoke St. Let’s hope this year’s weather is more forgiving as Hathaway, star of such films as “The Devil Wears Prada” and “Rachel Getting Married,” receives her Pudding Pot at 3:15 p.m. inside the theater, followed by a preview of the new Hasty Pudding spectacle, “Commie Dearest.”

Man of the Year Justin Timberlake will bring sexy back to Harvard on Feb. 5, where he will be roasted in good fashion at 8:10 p.m. inside the New College Theatre. Singer Timberlake, a New Mickey Mouse Club veteran, was catapulted to stardom as a member of boy-band ’N Sync, but has proved to be multitalented with his turns as a solo singer and as an actor in the films “Alpha Dog” and “Black Snake Moan.” He also proved his comedic chops in his infamous work with “Saturday Night Live.”

For more information on the events.