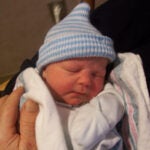 Harvard researchers at the Dana-Farber Cancer Institute have discovered a “gene
activity signature” that predicts a high risk of cancer recurrence in some
breast tumors that have been treated with commonly used chemotherapy drugs.

Despite their resistance to drugs of the anthracycline class, the breast
cancers bearing this gene signature probably still will be vulnerable to other
types of chemotherapy agents, say scientists in a letter in Nature Medicine.
Thus, the findings might lead to a genetic test of breast cancers to help
physicians choose the best initial treatment for a particular patient.

With this guidance, physicians could avoid the current trial-and-error approach
that sometimes exposes patients to the toxic side effects of a cancer drug that
is destined to be ineffective. The new report underscores the potential of
personalized cancer care, in which knowing the specific molecular features of a
patient’s cancer helps to direct the course of care.

The investigators from the Dana-Farber Women’s Cancers Program undertook the
studies to search for molecular traits in tumors that cause some patients to
suffer recurrences in the wake of breast cancer surgery despite post-surgery,
or “adjuvant,” chemotherapy, while other patients do well for many years.

Led by Harvard Medical School assistant professors Andrea Richardson and Zhigang Charles Wang, the investigators identified
two genes that, when abnormally active, enabled cancer cells to resist the
effects of the anthracyclines. This class of agents includes doxorubicin,
daunorubicin, and epirubicin, which are often used as adjuvant therapy in
breast cancer.

The scientists probed stored breast tumor specimens from 85 patients and found
the gene signature associated with drug resistance in about 1 in 5 samples,
according to the report. Clinical records on file showed that those patients
had poorer outcomes than those without the culprit gene signature.

However, the overexpression — making abnormal amounts of protein — of the two
genes did not protect laboratory-grown breast cancer cells against other
classes of drugs, including paclitaxel and cisplatin, reported Richardson,
Wang, and first author Yang Li.

“These results suggest that tumors resistant to anthracyclines may still be
sensitive to other agents,” said Richardson, who is also on faculty at Brigham
and Women’s Hospital.  “So this would be very useful as a test to help pick
the therapy that’s going to be most effective for these patients.”

Such a tool should not be difficult to develop, she said, and could be
available for clinical testing within a year or two.

It’s been known that some breast tumors acquire, during the course of
treatment, altered genes or chromosomes that make them resistant to many cancer
drugs. But with one or two exceptions, “No tests are done before treatment
begins to predict who’s going to be resistant or sensitive to different
compounds,” said Richardson. “Most breast cancer patients are initially given
the same drugs.”

Exceptions include patients whose tumors are spurred by estrogen and are often
less sensitive to any chemotherapy. Hormonal treatment is generally prescribed
in that case. Also, some breast cancers are treated with the antibody
trastuzumab, another example of personalized, or tailored, therapy.

In search of genetic alterations that might explain disease recurrence despite
treatment with adjuvant chemotherapy in some breast cancer patients, the
Dana-Farber scientists scanned the genome — all the DNA — of stored breast
cancer samples from patients who had been treated according to modern
guidelines, including the use of anthracyclines. The samples had been taken in
the operating room during breast surgery, before any drug therapy had begun,
and thus enabled the scientists to look for DNA alterations that could be
linked to the patients’ subsequent disease recurrence.

Richardson and Wang’s laboratory team sifted the tumor DNA and spotted a region
on a chromosome that contained many redundant, or amplified, copies in the
drug-resistant tumors. They found that this small region was associated with a
poor outcome in the breast cancer patients. In parallel, they discovered that
12 genes in that region were consistently overexpressed as a result of
amplification. “This was the only region of the genome that was tightly
associated with poor outcomes despite the adjuvant chemotherapy treatment,” Wang
noted.

Wang, Richardson, and colleagues singled out the genes in the region that might
be involved in tumors’ drug resistance, based on their structures and
functions. They then experimentally narrowed the field to two likely candidates.

To clinch their case, the researchers needed to carry out a blind test in which
they didn’t know ahead of time which patients’ tumors had responded well to
drug therapy. Fortunately, they learned of a Belgian clinical trial in which
breast cancer patients had been treated prior to surgery with epirubicin — one
of the anthracyclines — and their tumors were studied to determine the drug’s
effectiveness. Among other things, the researchers had obtained gene-expression
data from the tumors. The Dana-Farber researchers used that data to predict the
degree of patients’ tumors’ response to the drug by measuring the activity of
the two candidates in the tumors.

When their predictions were matched with the Belgian outcome data, “It turned
out that the expression level of these two genes was highly associated with
anthracycline resistance in the tumors,” said Richardson.

Eric Winer, director of the Breast Oncology Center at Dana-Farber, said, “While
this work remains preliminary, it may ultimately help us use the anthracyclines
in a much more thoughtful manner and allow us greater ability to personalize
our breast cancer treatments to the tumor and the patient.”

The research was supported by the Breast Cancer Research Foundation of New York
and the U.S.  Department of
Defense.