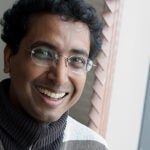 Harvard researchers at Massachusetts General Hospital (MGH) have found that relatively young men with longstanding HIV infection and minimal cardiac risk factors had significantly more coronary atherosclerotic plaques — some involving serious arterial blockage — than did uninfected men with similar cardiovascular risk. The study, published in this month’s edition of the journal AIDS,  is the first to use CT angiography to identify coronary artery plaques in HIV-infected participants.

“We were particularly surprised to find that several of the HIV patients – none of whom had symptoms of heart disease – had obstructive coronary artery disease, which was found in none of the controls,” says Janet Lo, MD, a Harvard Medical School instructor in medicine in the MGH Program in Nutritional Metabolism, who led the study.  “It appears that both traditional and nontraditional risk factors are contributing to atherosclerotic disease in HIV-infected patients.”

Several previous studies have found increased incidence of heart attacks and other cardiovascular events among HIV-infected patients, but it has not been clear whether that risk was attributable to recognized risk factors, such as elevated cholesterol and smoking, or to HIV-related immune system factors.  The current study enrolled 110 men – 78 with HIV infection and 32 uninfected controls – without symptoms of cardiovascular disease.  Participants ranged in age from 18 to 55, and both groups had low levels of traditional cardiovascular risk factors.  The HIV-positive participants had longstanding infection, were generally healthy, and the great majority were receiving antiretroviral therapy.

After a detailed interview and physician examination, participants received both a standard cardiac CT scan using a 64-slice multidetector CT scanner and CT angiography.  While the cardiac CT scan identifies calcium deposits in coronary arteries, CT angiography can also find non-calcified arterial plaques.  The standard scans showed that the HIV-infected participants had levels of coronary calcium that, based on previous studies, would be expected in men who were six years older.  The CT angiography revealed coronary atherosclerosis in 59 percent of the HIV-infected patients, compared with only 34 percent of controls.  Five of the HIV-positive participants had critical coronary stenosis – 70 percent or greater narrowing of one or more arterial segments – something seen in none of the controls.  Those participants were all referred to cardiologists for further evaluation and treatment.

“Our findings highlight the need to address reduction of cardiac risk factors early in the course of HIV disease and for caregivers to consider that even asymptomatic patients with longstanding HIV disease and minimal cardiac risk factors may have significant coronary artery disease,” says Lo, who is an instructor in Medicine at Harvard Medical School.  “We also found interesting associations between atherosclerosis levels and how long participants had been infected with HIV and with several inflammatory and immune factors.  Future studies are needed to clarify the role of these nontraditional risk factors and find the best prevention and treatment strategies for these patients.”

Steven Grinspoon, MD, an HMS professor of medicine and director of the MGH Program in Nutritional Metabolism, is senior author of the AIDS report.  Additional co-authors are Jeffrey Wei, Program in Nutritional Metabolism; and Sunny Abbara, MD, Leon Shturman, Anand Soni, Jose Rocha-Filho and Khurram Nasir, MGH Radiology.  The study was supported by grants from the National Institutes of Health and Bristol Myers Squibb, Inc.