Where the Renaissance still lives 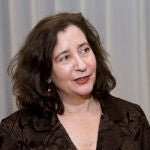 A tale of two continents

Scholars who are passionate about the Italian Renaissance regularly flock to Villa I Tatti, the bucolic enclave carved out of a corner of Florence, Italy, where they can pursue their passions in a breathtaking setting.

At Villa I Tatti, the Harvard University Center for Italian Renaissance Studies, more than 30 scholars gather for three to 10 months to pursue their studies on the Italian Renaissance: its music, history, economics, science, politics, and art. If something intriguing happened in 13th to 15th century Italy, it’s fair game. The chosen few come from around the world to immerse themselves in I Tatti’s 150,000-volume library, its 300,000 photos of rare art, and the hundreds of priceless artworks scattered through its 14 buildings and 75 acres of vineyards, olive groves, and gardens.

Villa I Tatti was the vision of Bernard Berenson, Harvard Class of 1887, the celebrated art historian who donated his estate to the University half a century ago, along with a $900,000 endowment.

“Mr. Berenson envisioned a place where scholars from English-speaking countries and Europe could travel and study the Mediterranean (Harvard changed the focus to the Italian Renaissance), gather at the villa, read, think, and converse,” said Joseph Connors, director of the villa. “Knowledge through conversation is what he wanted. He was not so interested in production. He wanted scholars to read and think.”

So that is what they do. Scholars work on upcoming books, monographs, catalogs, or other projects. Connors encourages them to present their work at the annual meeting of the Renaissance Society of America. They are also asked, in addition to their normal teaching, to find ways to present the Renaissance to a general audience on their return home.

This year’s class includes scholars from Budapest, London, Edinburgh, Oxford, Rome, Paris, and both Cambridges, as well as from around the United States.

The life of a scholar at I Tatti is uncomplicated, but not always challenge free. Each week, a scholar is asked to make a presentation for the others in what is called “shoptalk.” The ensuing discussions often last longer than the talks, and continue through the days that follow.

“What happens here is that our colleagues provide insights that can inform our own work, opening up a variety of ideas. Constantly, things are shared by visitors that make you think: What if?” said Claudia Chierichini, an Italian literature scholar who grew up in Italy, earned a Ph.D. at Yale University and taught at Mount Holyoke College. “It’s a wonderful place,” she added, “a community of scholars of the Italian Renaissance from several different disciplines. But this environment allows us to transcend those disciplinary boundaries.”

The 10-month fellows must have a Ph.D. in some aspect of the Italian Renaissance, earned in the past decade. This year, there were 120 applications (up from 65 eight years ago) for 15 slots. Along with a resume, applicants must submit a bibliography of their published work, a detailed project proposal, and three recommendations from scholars. A 15-member committee selects the top 15, along with an alternate. Each fellow is paid the equivalent of what a junior faculty member would earn, including a housing allowance.

A research institute such as Villa I Tatti is expected to make an impact on the intellectual life of Florence and, through its publications, more broadly. Connors tries to forge relationships with the research institutes sponsored by other countries in Florence, particularly the Kunsthistorisches Institut, as well as with the art museums and the universities in Florence and Fiesole. I Tatti was instrumental in founding a consortium of Florentine research libraries with a unified digital catalogue, though the library holdings are also catalogued in HOLLIS. Symposia have been held on the Renaissance in Eastern Europe with colleagues from Hungary, and on New World manuscripts in Florence with colleagues from Mexico. As Florence presents itself as a city of knowledge and research, not just a city of tourism, I Tatti tries to enhance that sense.

After eight years, Connors is in his final year as director and will be succeeded next summer by Lino Pertile, Carl A. Pescosolido Professor of Romance Languages and Literatures in the Faculty of Arts and Sciences and master of Eliot House at Harvard. Pertile’s specialty is Italian literature, with a particular focus on the medieval and Renaissance periods.

Musing over his tenure, Connors said he is proudest of expanding the program’s horizons and bringing in nontraditional fellows. He also has created several special three- to six-month programs. “I have tried to open the place up a little,” he said.

For instance, he describes the Craig Hugh Smyth Visiting Fellows program as an option for “the overworked.” Participants, who are usually museum curators but also librarians, conservators, and academic administrators, do not usually enjoy sabbaticals or extended summer vacations, but are producing first-rate research. Connors was also concerned about the scholar-mother who tries to juggle research and the care of children, and so created a fellowship aimed at them.

There is also the program of Readers in Renaissance Studies, which allows Harvard Ph.D. candidates to spend a semester simply reading as broadly as possible in the Latin and Italian sources of the Renaissance. They are given an opportunity to interact informally with scholars in many disciplines who are at more advanced stages in their careers, which eventually feeds back into emerging dissertations. They generally describe that experience as having a profound impact on their lives.

“This is a no-stress opportunity for me to explore deeply areas specific to my academic support as well as things that might be considered tangential,” said Michael Tworek, a Ph.D. candidate at Harvard whose focus is relations between Poland and Italy during the Renaissance.

One would be hard-pressed to find people of color wandering the villa, because few black, Latin-American, or Asian scholars focus on the Italian Renaissance. But Michael Cuthbert, an I Tatti fellow, would like to change that. Of half Japanese descent, Cuthbert is a musicologist who received both his bachelor’s (’98) and Ph.D. (’06) degrees from Harvard. He believes that, with early exposure, anyone interested in music can easily fall in love with that of the Renaissance.

His own focus is not only Italian Renaissance music, but also on 20th century computer-aided music. And, as an undergraduate, he played clarinet in the Bach Society. He sees no conflicts in his approach. “Music is a happy form of escapism,” he said, accessible to all.

The physical plant is expanding as well. Construction continues on the Deborah Loeb Brice Loggiato, which will house study rooms, offices, and a lecture hall, and is expected to open in the spring. The next big project involves the Fototeca building, adding storage space for books and photos, plus new library reading space.

After a sabbatical, Connors plans to teach Harvard College courses in architectural history. He will be inscribed on the roster of I Tatti directors who have molded, shaped, enlarged, and refined I Tatti, with Berenson’s vision in mind, but also with a sense of what is needed to keep Renaissance studies a vital field.