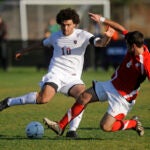 In 1966, Jay Light was working at the Jet Propulsion Laboratory in California when he realized he could use a little management training. So he applied to Harvard Business School’s MBA program and was accepted … and then was recruited instead as the first doctoral student in a new joint-degree program between the Faculty of Arts and Sciences and HBS. Inspired by the faculty, he became one of them, 40 years ago this week. Today (Dec. 2), Light, who has been dean of the Business School for the past five years, told the HBS faculty that he is retiring in June. After shepherding the School through some of the most demanding times in its history, he said he was looking forward to having more time to write, to sail, and to spend with his wife. But first the Gazette asked him to glance back over his long career.

Gazette: How much has HBS changed over 40 years?

Light: On some dimensions, it’s changed completely. We’ve become a far more diverse community. The students, for example, now come from all over the planet and from all walks of life, and they have a broader range of ideas about what they want to do in their careers. The same is true with our faculty and staff. They bring a wider set of experiences to their work on campus. So, in that sense, HBS really is quite transformed. Additionally, technology has reshaped everything we do, so that now it’s in what we teach and how we teach. When I started here, we were using slide rules, and I remember well when “personal computers” filled rooms rather than slipped into briefcases and backpacks. Finally, we’ve developed a much more global perspective. We’ve opened research centers around the world to facilitate faculty research, and the output of that work then finds its way back into our classrooms. And later this year we’re launching a new facility in Shanghai in conjunction with the Harvard China Fund that we’re very excited about.

At the same time, if you look at what happens in the classroom, the School has hardly changed at all. Fundamentally, the learning experience remains rooted in engaging the faculty and students in an intense, interactive process to develop leadership and management skills. This has been our approach pretty much since HBS was founded. So if you were to walk into a class 40 years ago and compare it to a class today, you would instantly sense the same dynamic.

Gazette: Anyone coming into a position like the dean’s job has a certain idea of what it’s going to be, but I bet that even after a long tenure at the institution you were surprised to find it a little different than what you expected. What surprised you the most?

Light: That’s a good question. Coming into the job, I knew that HBS was a large and complex organization. But I didn’t realize how many viewpoints I’d find, on pretty much any topic, and how actively I’d need to seek them out. I served as a close adviser to two deans earlier in my career, and people were always very candid with me. It changed when I became dean. They were more hesitant to say what was really on their minds, or what their particular constituency was really thinking about. This is true the higher you go in any organization, but particularly true in a complex organization like a university. So I found I needed to make a constant effort to get out of my office and walk the halls, and invite students to breakfast, and get together with faculty, and hold meetings with staff.  And ultimately it was great, and I learned a lot.

Gazette: You were dean during the School’s centennial celebration. I understand you used the occasion to take a close look at the future of management education. What changes have been happening as a result of that work?

Light: We knew from the start that we wanted our centennial activities focused on the future rather than the past, and particularly on the future of management education. In the HBS way, we wrote a case study to tee up some of the issues within the community. And then we had a few days with the faculty where we zeroed in on a handful of important areas where we think we need to do more in our MBA program, including managing in a global context, new and different ways of building leadership skills, and making sure students are proficient in critical and analytical thinking. That, and the new January term, led to some interesting ideas about how we might structure the last term of the program — doing more to get students involved in field studies, the business plan contest, global immersions, and other experiential learning opportunities.

Gazette: You were also dean during the global financial crisis. How did HBS adapt as that was unfolding?

Light: Actually, the MBA curriculum evolves considerably in even a normal year, as new cases replace old ones and new courses are introduced. But the crisis spurred a remarkable degree of reflection and activity throughout the community. Thus we looked at the required curriculum — the first year of the program — and added material to help students understand what happened. More generally, in both years, we’ve added material and courses on the financial system. The unifying theme is a focus on risk management: the risks of a particular product or financial service, the risks to a firm, and the systemic risks to society as a whole. So we have been doing new research in each of those areas and putting new material into our curriculum.

Gazette: When we were chatting earlier, you said a new dean would have a lot of choices to make about how to move forward. What do you think are some of the big opportunities facing the School?

Light: I see three big areas. The first is the MBA program. How do we adapt the curriculum to ensure we’re preparing students to address the leadership challenges they’ll face in a rapidly changing, global world? How do we supplement what goes on inside the classroom, through small group or field-based experiences? The second is executive education. What kinds of programs should we be offering? Should we be doing less of some? Are there new opportunities in fields like health care and the management of science-based businesses? And the third would be in the School’s publishing division.  Obviously, all publishing enterprises are having to rethink what they do and how they are structured as they move more and more of their content online. Harvard Business Publishing is no exception to that challenge, and the next few years will be critical.

Gazette: If you were meeting a group of new students and you wanted to share with them one story from the last 40 years that crystallized the HBS experience for you, what would you tell them?

Light: Well, I’d relay to them the story of my very first class at the Harvard Business School. In those days there was no such thing as orientation. So I flew in from the West Coast one night and walked into my first class — quite unprepared, to be honest — the next morning. I had no idea what a case study was. I had no idea how classes at HBS were run, or how they were different. And then a minute before class was scheduled to begin, in marched the professor, Ted Levitt, from our marketing unit. Ted later became a dear friend, but at that time he was pretty intimidating. He put his materials down, strode across the room, and approached a classmate, saying, “Mr. Smith, you may begin.” Mr. Smith, like everyone else in the room, wasn’t sure where the beginning was, but he started stammering out a response. And I just sat there thinking, what in the world have I gotten myself into? What is this? After that first day, I almost headed right back to California. Instead, I stayed. It took me a long while to understand what Ted was doing, and to appreciate how everyone in that classroom had been shaped by different experiences, and that I’d learn as much from them as I would from Ted. I’m still learning about that, as a matter of fact. But to me this story captures what we were trying to do then and still seek to do today: Engage the students and the faculty in an incredibly interactive learning experience. That is what the first moments of my very first class were all about.

Gazette: What are you most proud of from your time here?

Light: I loved my time in the classroom. As a faculty member, I built a series of courses that challenged students to think in new and different ways about important issues. One of the earliest was titled “Capital Markets: The Financial System,” which then served as the foundation for a book that was adopted at other business schools and really changed the way we taught about capital markets. (This was in the 1970s, I should point out, so if you read the book today it will seem pretty out-of-date. The financial system has changed a lot in the past 10 years, much less 30!) In the 1980s, it would have been the course on investment management, and then in the 1990s it would be the course on negotiating financial arrangements and financial structures.

As dean, I’m proud of the School’s response to the economic crisis — and not just from the intellectual perspective, as I outlined earlier, but from an operational perspective. We had a difficult job to do as the global economy contracted. On the one hand, we had to ratchet down the cost structure across the organization. On the other hand, we had to keep a firm eye on the new and strategic initiatives we were pursuing. It’s astonishingly hard to do both at the same time. But with the support of the entire HBS community, we’ve actually been able to do that. Despite the challenges, it was a truly remarkable time to be here on campus.

Gazette: So, what’s next? What does the future hold for you after next June?

Light: I’ll continue to be in the Boston area and plan to pursue, on a part-time basis, a range of activities. I’ve been involved for a number of years with a handful of organizations — Partners HealthCare, for example — and will continue working with them.  I haven’t had a lot of time to write over the last five years, and I’d like to do more of that. I’ve got some books lined up on my Kindle. And in general, I’m looking forward to an opportunity to reflect on the last 40 years, and what I’ve learned over the past five years as the leader of this very special institution.