Obesity trends will snuff out health gains from decline in smoking 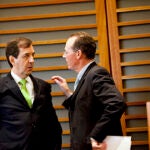 If obesity trends continue, the negative effect on the health of the U.S. population will overtake the benefits gained from declining smoking rates, according to a study by Harvard and University of Michigan researchers published today in the New England Journal of Medicine.

“In the past 15 years, smoking rates have declined by 20 percent, but obesity rates have increased by 48 percent,” says lead author Susan T. Stewart, Ph.D, a Harvard research associate for the joint project of the National Bureau of Economic Research and Harvard’s Interfaculty Program for Health System Improvement. “If past trends continue, nearly half of the population – 45 percent – is projected to be obese by 2020.”

Using a technical analysis that includes forecasting future trends based on historical data, researchers found that despite declines in smoking, the remaining life expectancy of a typical 18-year-old would be held back by 0.71 years by the year 2020 because of the increased body-mass index of the general population. The researchers also looked at quality of life. That same 18-year-old could expect to give up 0.91 years of increased quality-adjusted life expectancy.

If all U.S. adults became nonsmokers of normal weight by 2020, their life expectancy would be forecast to increase by 3.76 years or 5.16 quality-adjusted years.

“Obesity plays a large role in life expectancy,” said co-author Allison B. Rosen, assistant professor in the Department of Internal Medicine at the University of Michigan. “Despite the fact that we are smoking less, body-mass indexes (BMI) are going up. These increases in obesity are overtaking these changes in smoking behaviors.”

In addition to better managing clinical risk factors such as blood sugar among those who are obese, effective public health efforts are needed to address the roots of obesity, like sedentary lifestyles, the widespread availability of high-calorie food in large portions and reduced time for the preparation of food at home, says David Cutler, Ph.D., another co-author of this study and Otto Eckstein Professor of Applied Economics in the department of economics and Kennedy School of Government

Rosen said this study does not indicate that people are getting heavier because they are not smoking. The weight gain associated with quitting smoking is temporary and thus not significant enough to drive the rising trend in increased BMIs.

Public health efforts to discourage smoking have worked, and a similar effort could help turn around obesity rates, Rosen said. Many weight control interventions have proven successful and their use should be encouraged.

“Losing weight is harder than quitting smoking. People don’t have to smoke to live. People have to eat to live,” she said.

“The hypothetical scenario of having everyone a non-smoker of normal weight may be unachievable. But these results show the dramatic toll that both smoking and obesity can have on both the length of life and the quality of life.”

The study was funded by the National Institute on Aging, the Harvard Interfaculty Program for Health Systems Improvement and the Lasker Foundation.