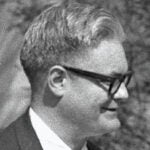 The Times lauded for ‘Distinguished Journalism in Public Health’

The Harvard School of Public Health’s (HSPH) Center for Health Communication honored The New York Times at a luncheon event at the Harvard Club of New York City on Dec. 4 for “distinguished journalism in public health.”

The newly established journalism award cites the Times for its pathbreaking series “Driven to Distraction,” which drew widespread public attention to the dangers associated with driving while texting or phoning.

The luncheon also celebrated the “21st birthday” (i.e., the national legal drinking age) of the National Designated Driver Campaign to prevent drinking and driving, which was launched by HSPH’s Center for Health Communication in late 1988.

“The New York Times’ in-depth series on the dangers of distracted driving has catapulted a previously neglected public health issue to a position of prominence on both public and policy agendas,” said Frenk. “Research has shown that distracted driving is like drunk driving in the danger it represents, and it is the new 21st century challenge to safety on our highways. The Times’ coverage of distracted driving constitutes a compelling example of distinguished journalism in public health.”
The Times’ reporting included the disclosure of previously suppressed research documenting serious hazards associated with the use of cell phones and other electronic devices while driving. The Times’ “Driven to Distraction” series led to enactment of new state laws and promulgation of new federal policies, as well as greatly enhanced public awareness of the problem.

Jay A. Winsten, HSPH associate dean for public and community affairs, commented, “In celebrating the ‘21st birthday’ of the Designated Driver Campaign, we are cognizant of the unfinished work in traffic safety, including the growing problem of distracted driving, which The New York Times almost single-handedly brought to the forefront. In launching the center’s new award for distinguished journalism in public health, and presenting the inaugural award to The New York Times, we hope to encourage other news organizations to commit the necessary resources to tackle other pressing issues in public health.”